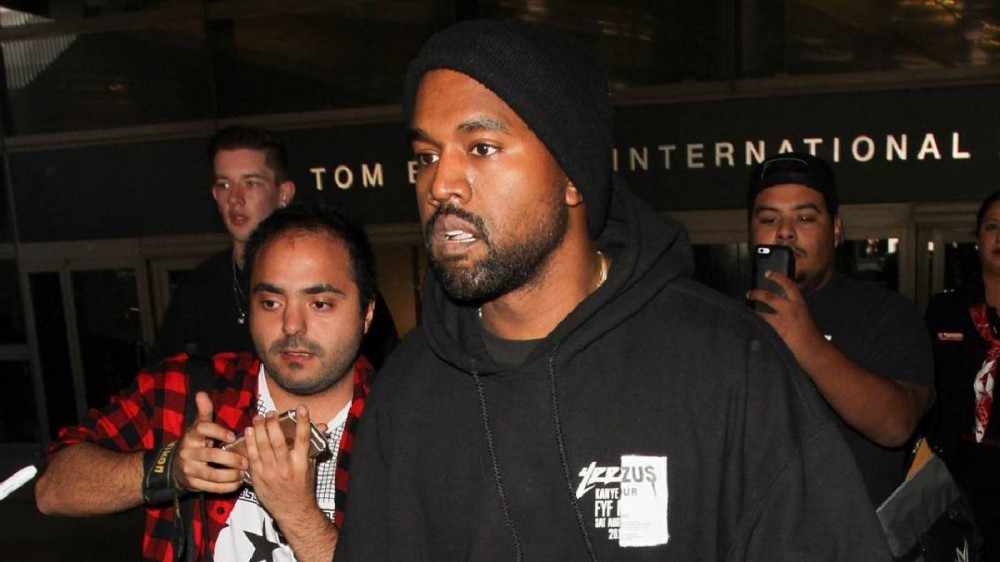 Los Angeles, CA – Kanye West typically flys private when it comes to him traveling the globe, which is no surprise considering his billionaire status.

But for a rare occasion this past weekend, Yeezy flew commercial by boarding a cross-country economy flight from Los Angeles to New York City. Needless to say, fans were stunned to see him waiting in line with the rest of the common folk.

A few jet-setters even caught up with Kanye West while getting ready to board the flight from LAX and snapped selfies with the Chicago-bred legend who, for a change, was without his signature Donda mask.

Kanye on the plane ✈️ pic.twitter.com/dP45y2bHIo

“it’s not everyday you’re boarding a flight to start your first headline tour in 3 years & have a great conversation with a legend,” an artist named Goody Grace wrote. “Shout out the goat @kanyewest & the universe for these moments.”

it’s not everyday you’re boarding a flight to start your first headline tour in 3 years & have a great conversation with a legend. shout out the goat @kanyewest & the universe for these moments. ∞ pic.twitter.com/8evlJHhxhK

DreamChasers signee Vory, who made two appearances on Donda, was shocked to see Kanye casually strolling through LAX by himself with no security in sight as he was one with the people.

“Nah Ye told me he traveling solo commercial on some normal shit I thought he was capping,” he wrote on his Instagram Story.

Photos have since surfaced explaining the reason behind Kanye West’s economy-class trip as he was spotted with his good buddy and comedy legend Dave Chappelle in New York City on Sunday evening (October 3). Dave recently announced a new Netflix special called The Closer, releasing on Tuesday (October 5).

Kanye West has given us a ton of classic airport moments over the years, including him scuffling with paparazzi outside LAX, telling a TMZ journalist who asked him if he’s venturing into the fashion industry, “Do you see this coat?!” and that time he worked on music on a commercial flight.

And let’s not forget his hilarious tweet about handed a water bottle on an airplane.

Kanye making the most fire ass beat on that economy class. 🔥 pic.twitter.com/ZuyC33RoHV

While the world keeps up with Kanye West, he recently filed trademarks to release a slew of Donda-branded tech products, including tablet computers, audio speakers and surround sound systems, as he continues to grow his Yeezy empire.

Elsewhere, Kanye is currently working alongside Drake and Rap-A-Lot Records founder J. Prince to free Larry Hoover Sr. The Gangster Disciples co-founder has been in prison since 1973 after being convicted of the murder of 19-year-old drug dealer William “Pooky” Young.

He was later found guilty on additional charges of conspiracy, extortion and money laundering in 1997, which resulted in him being given an astonishing six life sentences.