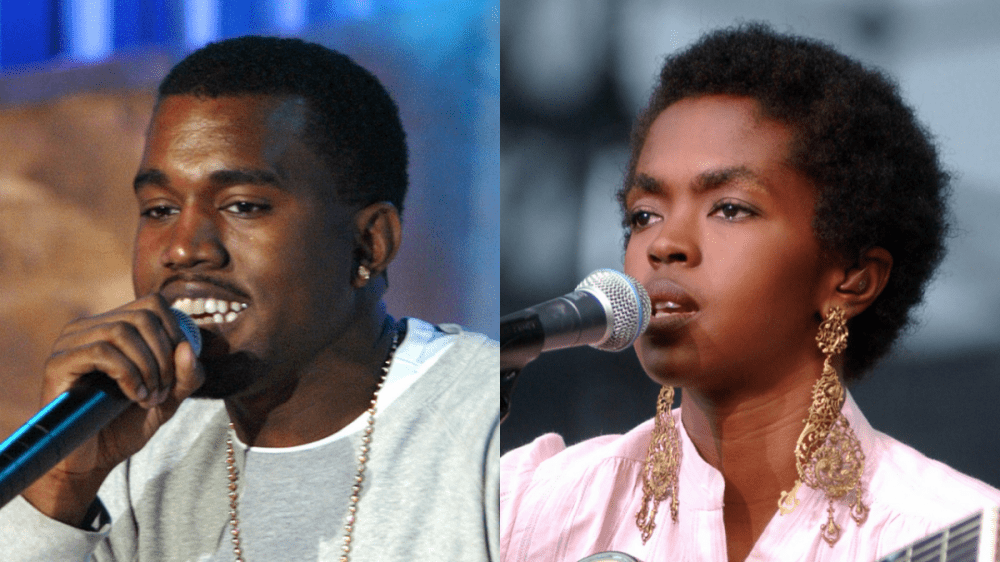 For those who have to yet watch it, the streaming giant shared another new clip on YouTube that shows a young Kanye pitching himself to a Roc-A-Fella Records executive in the label’s New York City office back in 2002.

“Let me play you some stuff,” the young producer/rapper tells Chaka Pilgrim — a marketing executive who later became the President of JAY-Z’s Roc Nation — before playing her the original version of “All Falls Down” featuring a Lauryn Hill sample.

According to FakeShoreDrive‘s Andrew Barber, Kanye West and his manager at the time, John Monopoly, flew down to Miami in hot pursuit of Hill to clear the “Mystery of Iniquity” sample from her MTV Unplugged performance.

At first, the Fugees star gave Kanye her blessing, but then later retracted. That’s when Syleena Johnson stepped in at the last minute to sing the soulful chorus and save the day.

Kanye couldn’t get Lauryn Hill’s vocal sample cleared for “All Falls Down” so Ye & John Monopoly flew down to Miami & went door to door looking for her. She eventually cleared her vocals, then denied. Syleena Johnson came in at the literal last minute & re-sang it saving the song https://t.co/zDSb0U7MeT

It’s actually a sample of Lauryn’s “Mystery of Iniquity” from MTV Unplugged. Here’s the original version with the Lauryn vocal sample https://t.co/OniFh6hh6r

Despite the song falling on deaf ears in the jeen-yuhs clip, “All Falls Down” eventually peaked at No. 7 on the Billboard Hot 100 and landed as a standout on Kanye’s 2004 debut album The College Dropout.

Although he didn’t get the final cut or Drake narration he wanted, Kanye West seemingly gave the documentary his stamp of approval by showing up to the film’s premiere in L.A. with directors Coodie Simmons and Chike Ozah earlier this month.

Part one of jeen-yuhs: A Kanye Trilogy titled Vision is now available to stream on Netflix, with parts two and three set to be released over the next two weeks.