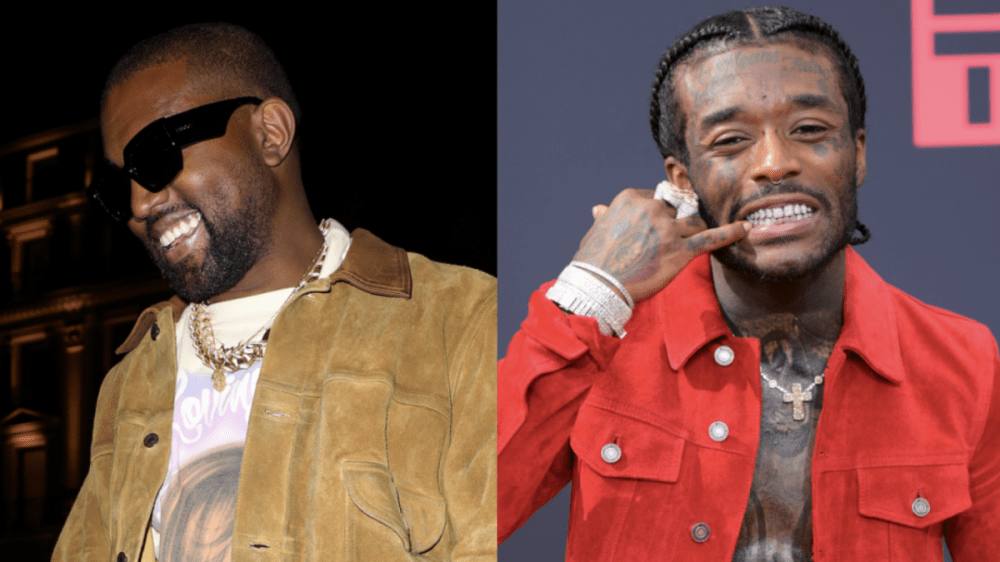 Kanye West and Lil Uzi Vert have spent more time together than usual over the last few days. On the heels of getting matching tattoos with Steve Lacy, Ye and Uzi teamed up to model the upcoming YZY GAP YR 3022 SHDZ on Wednesday (August 10).

In a slideshow posted to Instagram, the Chicago rap icon and Philadelphia hitmaker are seen standing back-to-back while wearing the futuristic sunglasses, which wrap around the wearer’s head.

Other photos show the duo staring down into the camera and holding their crotches while posing with their feet shoulder width apart. “YZYGAP ….Technically,” Uzi captioned the post.

Coi Leray and Pusha T’s manager Steven Victor were among those who flooded Lil Uzi Vert’s comments section with their approval of the YZY GAP shades. “Flee,” Victor wrote.

The oversized glasses have been teased by various celebrities and influencers — including NBA star Jaylen Brown, The Internet’s Steve Lacy and Kanye’s ex-wife Kim Kardashian and daughter North — on social media lately, although an official release date has yet to be announced.

Earlier this week, Lil Uzi Vert, Kanye West and Steve Lacy all got matching tattoos to bond them for life. The ink, which sits on their left biceps and reads, “We Here Forever Technically,” was done by Los Angeles-based tattoo artist Mez Afram.

It’s unclear what inspired the group tattoo exactly, but a clue might be found on Kanye West’s Donda 2 track “We Did I Kid,” on which he rapped, “We here, you can’t deny that we here.”

Kanye and Uzi have had a relationship for years and linked up on Travis Scott’s braggadocios “Watch” single in 2018.