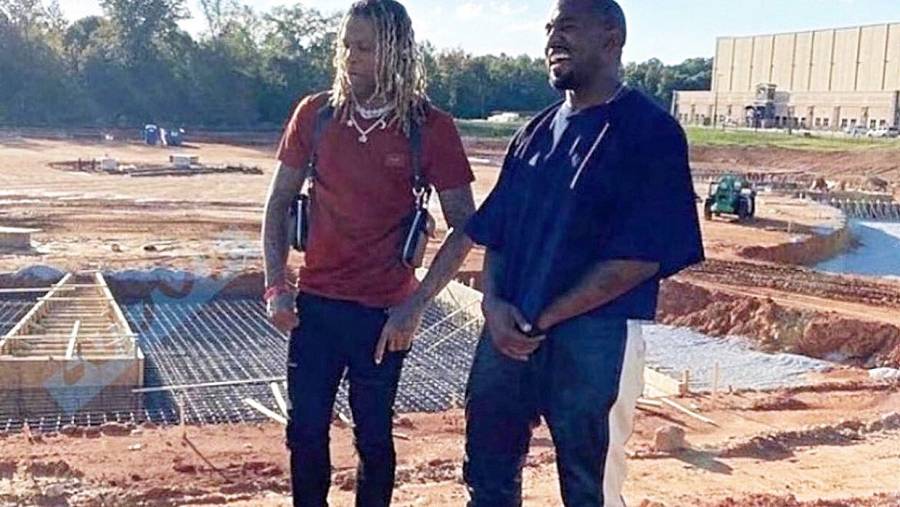 Lil Durk is presumably on top of the world right now. The Chicago native’s deluxe version of 2020’s The Voice just landed at No. 5 on the Billboard 200 following his biggest sales week yet and the Cole Bennett-directed “Kanye Krazy” visual has racked up over eight million YouTube views since its January 29 premiere.

While it was initially suspected Kanye had yet to see the video paying tribute to his 2016 “Famous” visual, there’s a high probability Durk actually had Ye’s blessing months before it arrived. In newly surfaced photos, Kanye and Durk are posted up in Atlanta at what looks like a construction site. The photos were allegedly taken in October 2020.

.@KanyeWest and @LilDurk in Atlanta a few months ago. (10.1.20) pic.twitter.com/5YUgcnBKKP

The photos are drumming up rumors of an impending collaboration between Durk and the veteran yet polarizing artist on Twitter. Several fans are hoping Kanye will jump on a remix of “Kanye Krazy” while others are just clamoring for any kind of joint effort from the two. After all, Kanye is supposedly finishing up his next album, which was initially expected to drop last year.

As for Durk, The Voice (Deluxe) edition sold over 87,000 total album-equivalent units since its January 29 release, a career high for the 28-year-old rapper. The project featured 12 additional tracks featuring guest spots from Lil Baby, Pooh Shiesty and Sydney August on the Dilla-produced “Love You.”