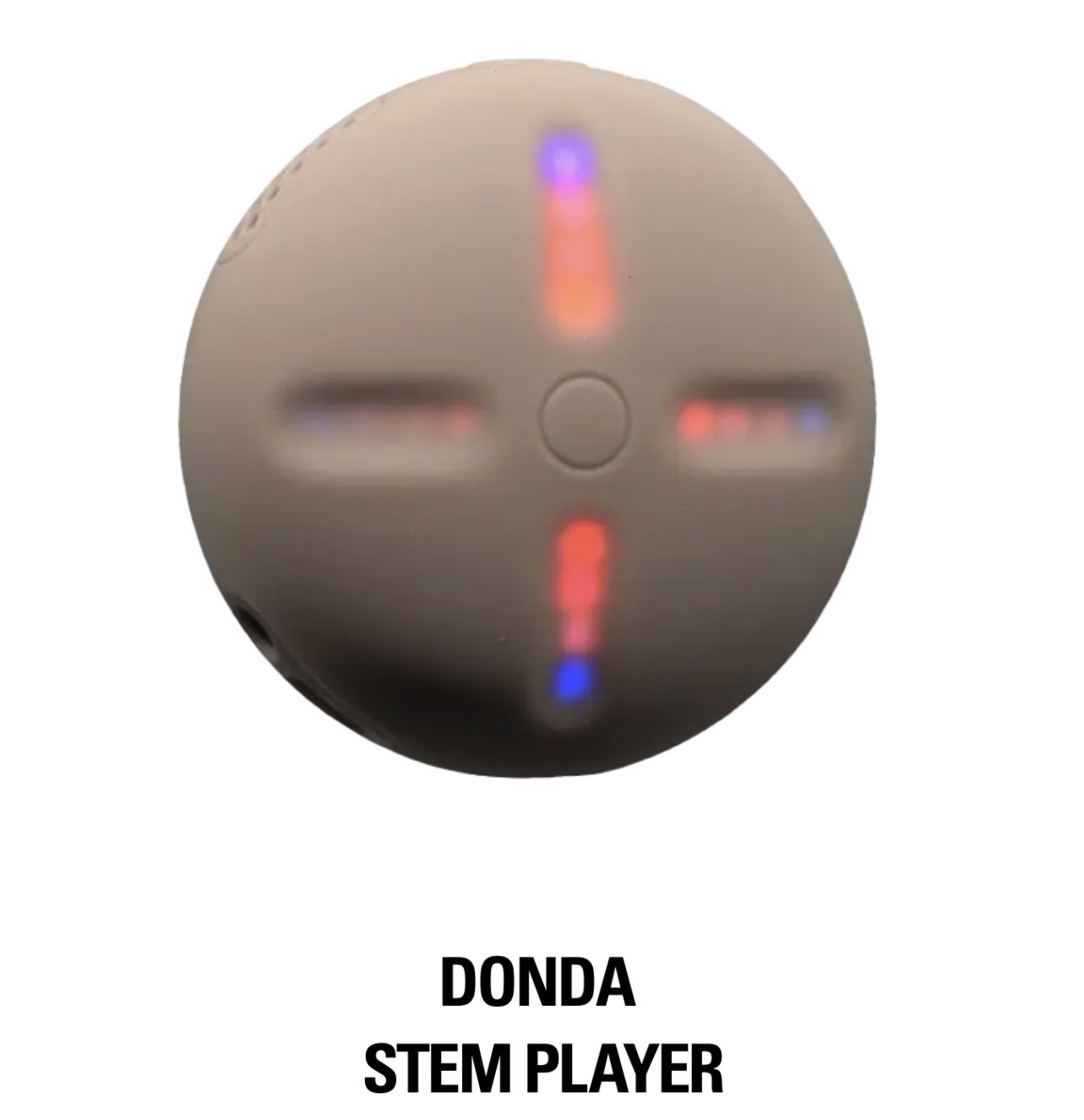 Kanye West launched a new music device called the DONDA Stem Player that will let you customize any song, using the stems according to the device’s website.

It’s available for preorder now for $200 with a unclear “summer” release date, although the website says it will ship “with DONDA,” West’s upcoming album.

The stem player developed by Ye’s Yeezy Tech brand and Kano electronics company is equipped with a headphone jack and Bluetooth support (with simultaneous Bluetooth and audio jack playback ability), a USB-C port, volume buttons, speakers, a haptic engine, and 8GB of storage.

The DONDA Stem Player could be a powerful music creation tool that is packed into a tiny device. The four light bars let you control the device to customize songs.

The announcement of the DONDA Stem Player arrives as the “Fade” rapper files court documents seeking to legally change his name to Ye. As the epic Kanye West rollout continues there are rumors of DONDA dropping Friday.

Will you be pre-ordering the new stem player? Leave your comments below.