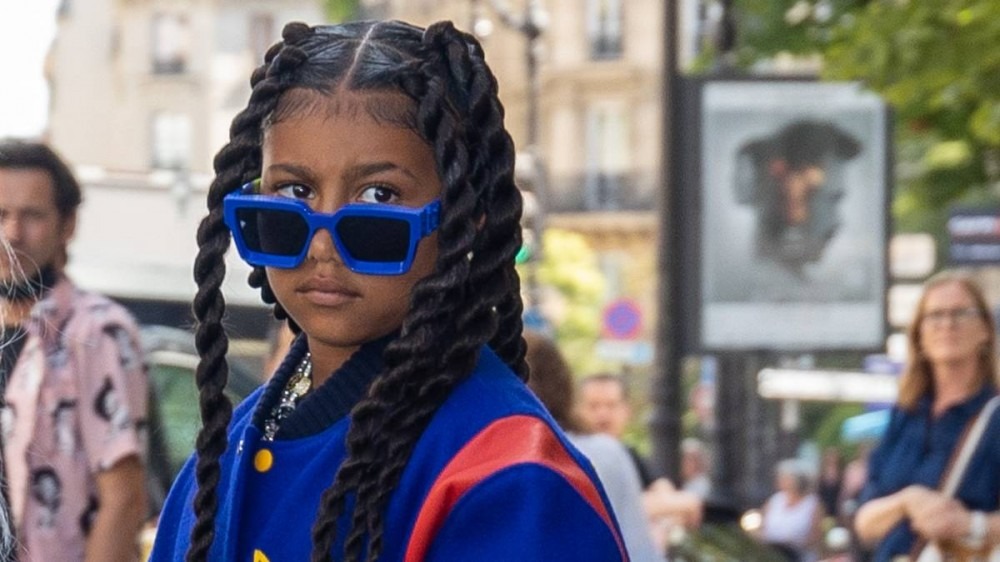 Paris, France – Kanye West and Kim Kardashian’s daughter North West is growing up — and apparently, that includes getting mouthier with the paparazzi. The 9-year-old has been immersed in the spotlight since the moment she was born thanks to her famous parents and it seems like she’s already tired of it.

In a video making the rounds on social media, North exits a chauffeur-driven SUV with her mother and is instantly swarmed by paparazzi. As she’s walking into her destination, she tells them, “You guys are homeless.” But that wasn’t all. In another video filmed in Paris, where her mother enjoying Paris Fashion Week, she was again faced with paparazzi and this time asked, “Why do you have to wait for us all the time?”

One of the paparazzos replied, “Because you’re so famous. We love you, North!”

North West already has a reputation for speaking her mind when it comes to being constantly photographed. In 2015, North went viral after she was filmed yelling, “No pictures!” to a bunch of photographers who’d waited outside her ballet class to snap photos of her walking alongside her nanny.

More recently, her brother Psalm displayed the same level of annoyance during one of Kardashian’s Instagram Live sessions. As Kardashian introduced the three-year-old, she asked him to say “hi” to her millions of followers before Saint West crashed the party.

“Hi weirdos,” he said before Kardashian asked him to stop. “If you’re watching this, I hate you.” Saint then pointed to his younger brother and added, “This is a good boy.”

Kim Kardashian and Kanye West divorced after seven years of marriage, but they are committed to amicably co-parenting their four children. Just last month, the former couple showed up to support North’s basketball game. Although they didn’t sit next to each other, things seemed to have mellowed between the two.