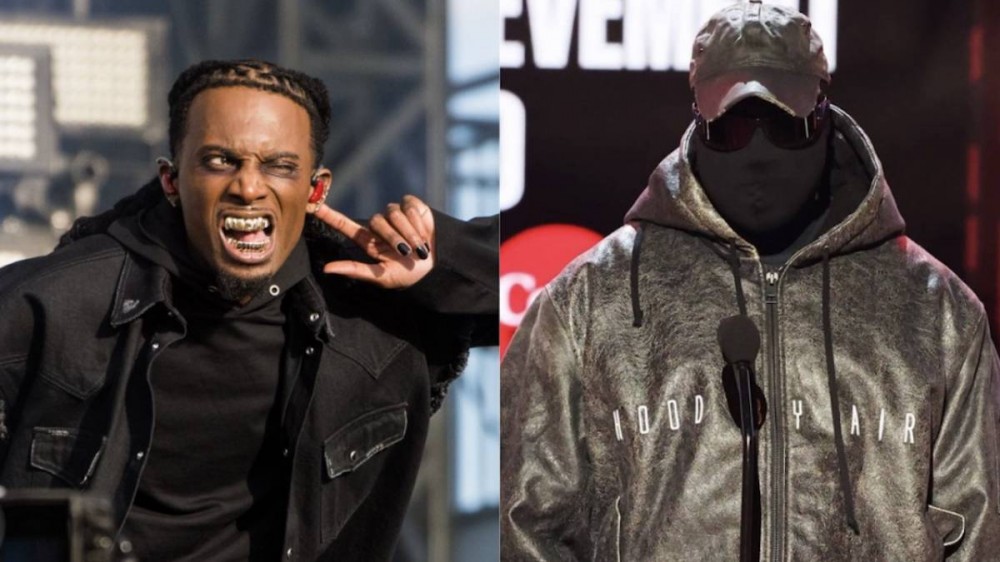 Queens, NY – Kanye West and Playboi Carti reunited this weekend at Rolling Loud New York to deliver a performance of their track “Off the Grid” — check it out below.

Initially a late addition to the festival, Carti brought Ye out as a surprise guest during his set on Friday (September 23) night. Not only did the set include Carti and Ye in black outfits with reflective visors on top the elevated stage, it also brought out guitarists and clown-faced painted dancers to give their collaboration an added rock-life energy behind it.

Carti and Ye first became connected through last year’s Donda sessions and continued the work through Carti’s Whole Lotta Red album, which Ye executive produced. Debuting at No. 1 on the Billboard 200 chart, the album became Carti’s first No. 1 overall, despite a lengthy delay period.

In February, Carti teased a joint tour between he and Ye not long after the Donda 2 listening experience in Miami.

Rolling Loud New York kicked off Friday in New York but not without the usual bit of controversy. Similarly to prior editions of the New York festival, drill rappers were removed from the festival set per the request of the New York Police Department.

22Gz, Sha Ek and Ron Suno were pulled from the lineup without a given reason, the third such instance regarding NY rappers in as many years. The removal is the second for 22Gz, who was pulled from the 2019 bill along with Casanova, the late Pop Smoke, Sheff G and Don Q.

22Gz is currently out on $500K bond after being charged with attempted murder in June over a shooting in Brooklyn which wounded three people.

Sha Ek’s manager, Stanley “Noodles” Davis, spoke out against the decision, pointing out that his client has not been charged with any crime that could justify his ban.

“The police try to associate what he’s doing with violence and negativity,” he said. “They don’t respect that he’s an artist and entertainer trying to better himself and feed his family at 19 years old.”

The festival continues throughout the weekend with headliners A$AP Rocky on Saturday (September 24) and Future on Sunday (September 25). Queens rapper Nicki Minaj got plenty of hometown love on Friday as she brought out special guests Fivio Foreign, BIA, G Herbo and Lil Uzi Vert.