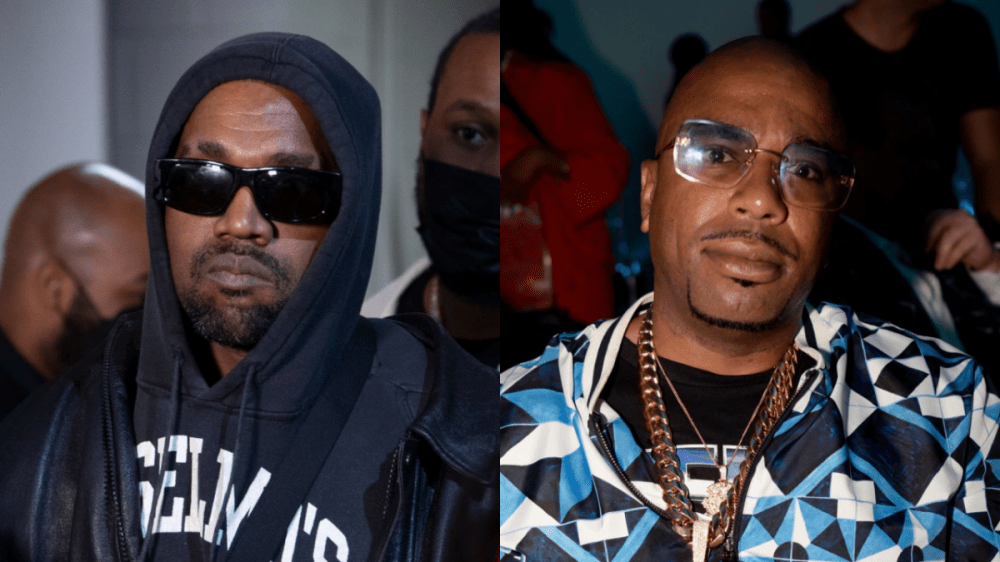 N.O.R.E. and DJ EFN’s Drink Champs podcast has already had plenty of high-profile guests stop by to get a drink and talk about their careers, but their next one may be their biggest.

On Thursday (November 4), the Queens rapper/podcast host took to Instagram with a subtle teaser hinting at the next guest to step into the Drink Champs ring. In the video clip, a light shines down on the Drink Champs logo as Kanye West‘s “Donda Chant” plays in the background.

For those unaware, the track is from Kanye’s latest album, Donda, which was released on August 29. Ye has barely said a word since first previewing the album at Mercedes-Benz Stadium in Atlanta in July, so a Drink Champs appearance would mark his first proper interview of the Donda era.

With the release of his aforementioned album, his divorce from Kim Kardashian, his resurrected beef with Drake and his recent name change to “Ye,” Kanye has plenty to talk about with N.O.R.E. and DJ EFN.

Of course, it’s not official until the episode airs. N.O.R.E. appeared to confirm Drake would appear on an episode of Drink Champs in September, but that turned out to be just a rumor.

Despite keeping silent for much of Donda‘s press run, Kanye is staying very busy. He recently revived Sunday Service last week, where he was joined by controversial rock star Marilyn Manson and Justin Bieber. The three artists wore all white as they bowed their heads in prayer, causing a whirlwind on social media.