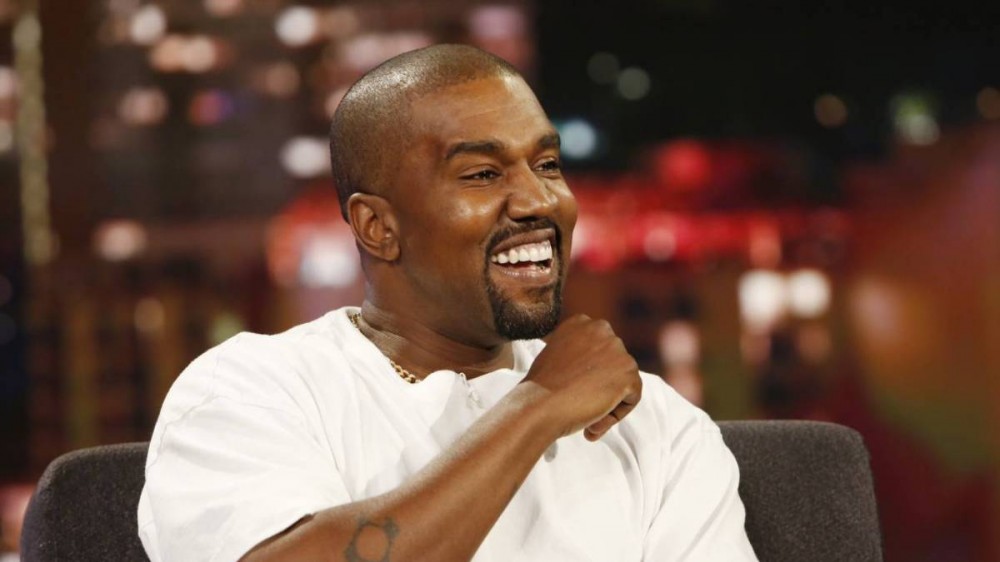 London, England – Kanye West has had a busy day across the pond with a visit to London Fashion Week, where he linked up with Skepta, Erykah Badu and even his ex Irina Shayk.

Footage of Ye in London, England, has surfaced online, showing him out and about at the spring 2023 Burberry fashion show on Monday (September 26) in a black leather outfit with rhinestone slippers to match. The Chicago rap legend bumped into Skepta outside the venue, where they embraced each other with a handshake and shared a few words.

Inside the event, fans saw Kanye West chopping it up backstage with Erykah Badu and his ex Irina Shayk who was modeling in the show. As the event started, Ye found a seat next to British rapper Stormzy, stylist Melissa Holdbrook-Akposoe and Brazilian actor Bruna Marquezine.

Other footage from Kanye’s London escape showed him hanging out with Naomi Campbell, who had previously starred in Ye’s own fashion show, and with Burberry’s Chief Creative Officer Riccardo Tisci.

Yo, Skepta!
Thank you! pic.twitter.com/8BaUZfZWLQ

Ye with Stormzy, Melissa Holdbrook-Akposoe, and Bruna Marquezine at the Burberry show at #LFW today (9.26.22) pic.twitter.com/u0Jqh9DSYb

Ye and Irina Shayk backstage at the Burberry show at #LFW today (9.26.22) pic.twitter.com/K6bOCKlPWf

He also had some fun at the Burberry Spring/Summer 2023 aftershow party on Monday night. Ye played three new songs at The Twenty Two in London, with him grabbing the aux to surprise attendees with unreleased material he did with British singer/producer James Blake.

Blake saw the videos on social media and gave more information about the tracks, while sharing his excitement about collaborating with Kanye.

“Doesn’t sample ‘always’. It’s new,” he tweeted about one of the songs. “Also produced it. As with the other two. It’s my birthday and @kanyewest is playing tracks we made I’m good for presents thanks.”

Erykah Badu also shared a post from her link-up with Ye on Instagram with a caption that praised Kanye for his fearlessness and creativity as well as inspiring others to chase their dreams.

“Art kids.. Badu x Ye supporting our friend @riccardotisci17 – london fashion week 22… by the way … Let me tell you about my friend Ye,” Badu wrote. “No one is more beautiful and kind and creative. Was there at his mama home going … IN ESSENCE.. We all want the same thing .. to be loved and to work with pride .

She added: “Thanks for fighting for us and for your self most of all .. I get it … @kanyewest and thanks for the secret show at Burberry after party. I was there .”

Ye also gave some commentary regarding the death of Queen Elizabeth II, the day before attending the Burberry show. The Donda rapper took to his Instagram Story to compare Queen Elizabeth’s passing to his divorce from Kim Kardashian.

“London I know how you feel,” Ye wrote in a screenshot of an iPhone Note. “I lost my queen too.”

The late monarch passed away at age 96 at Balmoral Castle in Scotland on September 8, ending her 70-year reign on the throne. Kanye previously referenced the Queen’s passing on September 9, posting a Photoshopped picture of her wearing his futuristic Yeezy shades on Instagram while extending an olive branch to bitter rivals Kid Cudi, Pete Davidson and adidas GM Daniel Cherry.

“LIFE IS PRECIOUS,” he wrote, seemingly inspired by her death. “RELEASING ALL GRUDGES TODAY[.] LEANING INTO THE LIGHT[.] BEST WISHES AND BLESSINGS TO PETE CUDI DANIEL [CHERRY].”

Kanye had a change of heart, though, as he later deleted the post and uploaded a different version featuring original photos of the Queen in her younger days while excluding his peace offering to Cudi, Davidson and Cherry.