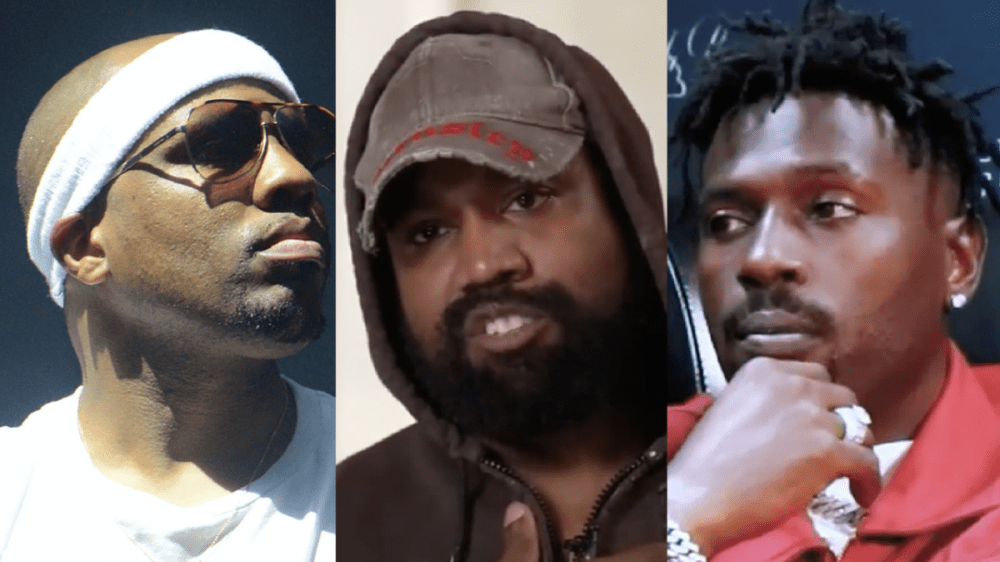 Consequence and Antonio Brown have affirmed their loyalty to Kanye West amid the growing backlash to his recent anti-Semitic comments.

Consequence — a long-time friend and collaborator of Kanye’s — took to Twitter on Tuesday (October 25) to stick up for his former G.O.O.D. Music boss while sharing a throwback photo of the two of them.

“I’ve stood with YE for 20 years and have always had his back,” he wrote. “He trust me more than ANYBODY Part of that is seeing things for what they are. Whether G.O.O.D. or Bad. Then from there making sure WE are moving in the right direction. I said what I said…”

He trust me more than ANYBODY

Part of that is seeing things for what they are

Then from there making sure WE are moving in the right direction.

I said what I said… pic.twitter.com/gAu39VCUjv

Former NFL player-turned-rapper Antonio Brown also showed his support for Kanye West while confirming he’ll be continuing in his role as president of Donda Sports.

“Over the past few weeks the world’s reactionary and selective outrage at comments in the media made by my brother, Ye, have inflamed and sparked rampant conversation and reflection,” he wrote in a statement. “I too have been able to reflect on statements that I and others in my circle have made that lack clarity in expressing my stance.

“The people and brands that have relentlessly profited from Black ideas and Black culture chose to distance themselves at a very specific time: a time that demonstrated their prioritization of certain groups over others. None of us in this world are free of judgment, yet we live in a time where scrutiny and pessimism have driven our dialogues on culture issues towards diatribes.”

Brown continued: “Sensationalism and groupthink have forced people to not speak their minds and act out in fear rather than love. For these reasons, I stand by my dedication to freedom of speech, thought and opinion. I actively seek to coexist in places where I may have a difference of opinion because it’s diversity in thought that pushes humanity forward.

“Let me be clear, discrimination of any kind is an injustice to all people, which is exactly why I wish to issue this statement.”

Since stirring controversy by making anti-Semitic comments and wearing a “White Lives Matter” shirt earlier in October, Kanye West has been disavowed by various companies and individuals. Earlier this week, adidas cut ties with Ye, ending their lucrative Yeezy partnership while slashing Ye’s $1.9 billion net worth to $400 million.

Fashion house Balenciaga and powerhouse talent agency Creative Arts Agency (CAA) have also parted ways with the Chicago rap mogul, while a completed documentary about Ye has since been shelved by film and television studio MRC.