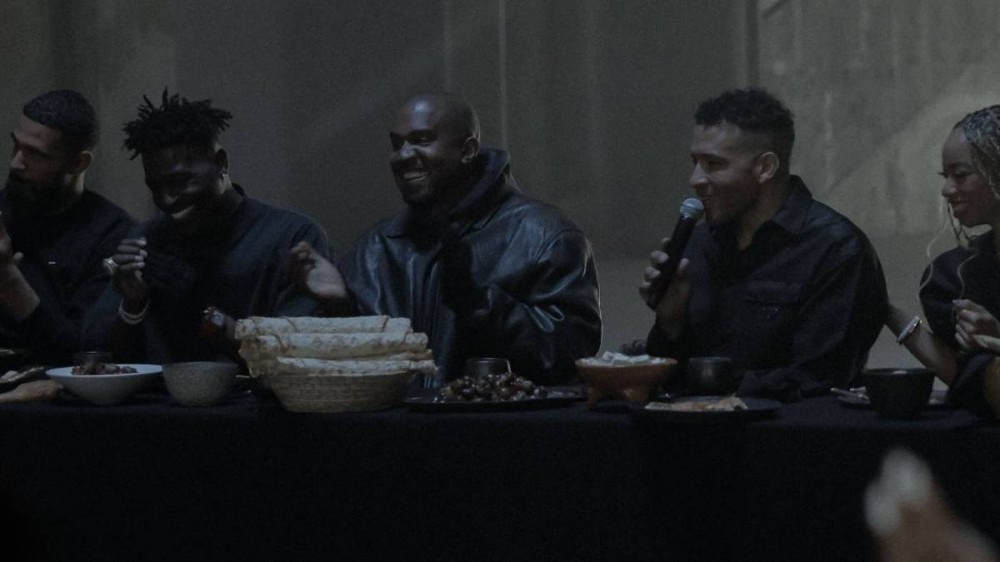 Los Angeles, CA – Kanye West brought a multitude of Black creatives across the entertainment and tech industries for a conference in celebration of “Black Future Month,” which he’s deemed to replace Black History Month for February 2022.

Organized by Hollywood Unlocked‘s Jason Lee, the early February brunch took place at an open warehouse space in Los Angeles with everyone draped in black threads.

Kanye addressed those in attendance about being a leader, controlling the narrative, the loss of his friend Virgil Abloh and plenty more.

“Virgil was the third person in a position of power at LVMH to die of cancer,” he said. “Without his gang, without his support system, without his Dame Dash.”

He went on to talk about how the door was closed behind Virgil and they didn’t offer him one collaboration even after all their time learning design together dating back to the days of interning at Fendi. Yeezy claimed he was barred from speaking at the late Louis Vuitton designer’s funeral in December.

Kanye brought up a previous conversation with Tesla CEO Elon Musk where Elon told Ye about how he “doesn’t do deals” anymore, he “builds things,” which the Chicago native was fond of.

“Let’s stop doing deals,” Kanye then stated. “Let’s start building things. We too powerful, we too connected, we got too much money, we got too much culture. This the Newminati right here. This ain’t secret society, we in your face. You can see who we are.”

“This the Newminati. This ain’t secret society. We in your face, you can see who we are” pic.twitter.com/327Iaa2u9y

While Drake wasn’t in attendance, Kanye West reflected on reuniting with his “Glow” collaborator by recalling times when the 6 God would text him for a link to watch his Donda Academy basketball team, which is something that couldn’t have happened in recent years with the pair of rap gods at odds.

“Larry Hoover brought me and Drake together,” he said. “That man created peace. He called that from the prison. Larry Hoover called that from the prison, and everybody was happy. When people see me and Drake pull up to a basketball game with both of our sons, with my oldest and his son, that’s gonna save people’s lives in the hood. They’re gonna see that.”

In addition to Ye, other rappers in the building included French Montana, Fivio Foreign and NFL star-turned-rhymer Antonio brown.