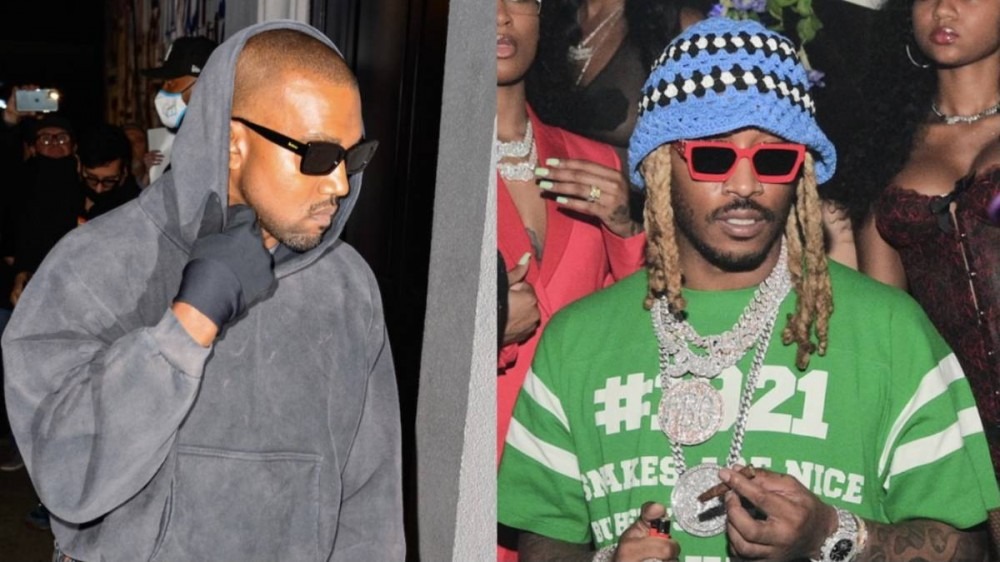 Kanye West and Future had a lot of fun at Rolling Loud California last month, and it looks like they actually got some studio time in, according to the Chicago rap legend’s new girlfriend, Julia Fox.

On the latest episode of Fox’s Forbidden Fruits podcast released on Thursday (January 13), the actress spoke about the music Kanye’s working on with Future. In the last few weeks, Fox has been by Kanye’s side, so she’s getting a front-row seat to the Chicago legend’s iconic vision.

“It’s honestly just an honor to be in the presence, and to be able to witness history happening,” Fox said on the podcast. “Even being in the studio with him and Future and listening to the new songs which, by the way, are fucking insane. That’s really cool. I love that and I love music. Music has saved my life on many occasions.”

Fox also spoke about her relationship with Kanye. According to her, their union is organic, and the time they’ve spent together is nothing short of “very inspirational.”

“For right now, I’m just living in the moment and I don’t have any expectations,” Fox said at the 14:14 mark. “There’s no labels, there’s none of that. It’s just people that make each other feel better. It’s really, like, such a Gemini-Aquarius connection. It’s very inspirational.”

She continued, “Our minds, we both, like, work very fast. We keep up with each other, which is cool. I talk very fast and I can have 10 trains of thought, whatever. What’s really exciting about him is that any idea can become a reality. Like, anything is possible, any dream is possible. And I love that. And he’s such a doer.”

Kanye and Fox have been seen hitting up hotspots in Los Angeles, New York and Miami. They’ve even gone as far as having a full-blown photoshoot for Interview Magazine.