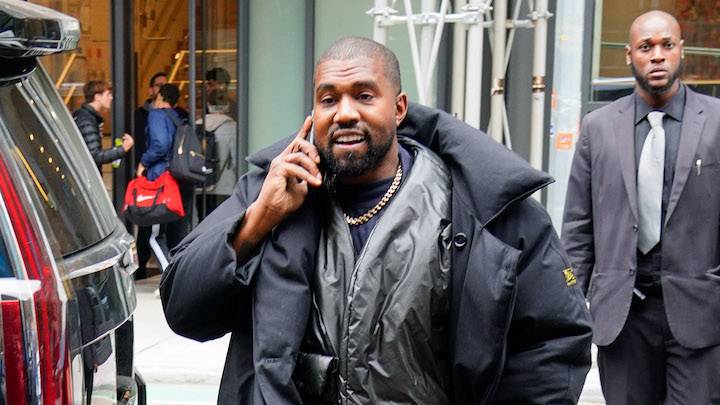 Anyone even remotely interested in a new Kanye West album is privy to the fuckary going on behind the scenes by now — botched release dates, delayed livestream events, producer Mike Dean allegedly quitting the project (he didn’t, by the way). And now, Kanye and Drake have revived their 2018 beef.

But while Ye is busy doxxing Certified Lover Boy, he’s still got other things to do in terms of the Donda rollout. On Thursday (August 26), the eccentric Hip Hop billionaire, who’s in the middle of a divorce from reality television queen Kim Kardashian, is expected to host a third public listening event at Chicago’s Soldier Field Stadium.

According to Kanye’s manager Abou “Bu” Thiam, Donda will “absolutely” be released to all digital streaming platforms shortly after the event is over.

As the 44-year-old artist inches closer to the listening party, he’s cleared out all the posts on his Instagram account and replaced them with five new, cryptic posts, including a portrait of his childhood home in Chicago’s South Shore neighborhood and photo of his now-infamous black, full-face mask on a sidewalk. The images are likely linked to his tenth studio effort, but only time will tell.

In between time, fans can be distracted by Kanye and Drake’s tit for tat on social media. It all started on Friday (August 20) when Drake fired a shot at Ye on Trippie Redd’s single “Betrayal.” Kanye then shared a screenshot of a text thread that included a photo of the Joker and Pusha T “added to the conversation.” Pusha T, of course, flamed Drake in 2018 on the diss track “The Story of Adidon,” revealing he was first-time father.

Then on Monday (August 23), Kanye posted (then deleted) Drake’s address, and Drake responded by posting a video of himself laughing hysterically.

While the next move has yet to be revealed, fans are betting on who will drop their albums first — Drake, Kanye West or Kendrick Lamar, who appeared to kick off his album rollout on Friday (August 20) with the announcement his follow-up to 2017’s DAMN. will be his last for Top Dawg Entertainment.

For now, check out Kanye’s mysterious posts above.