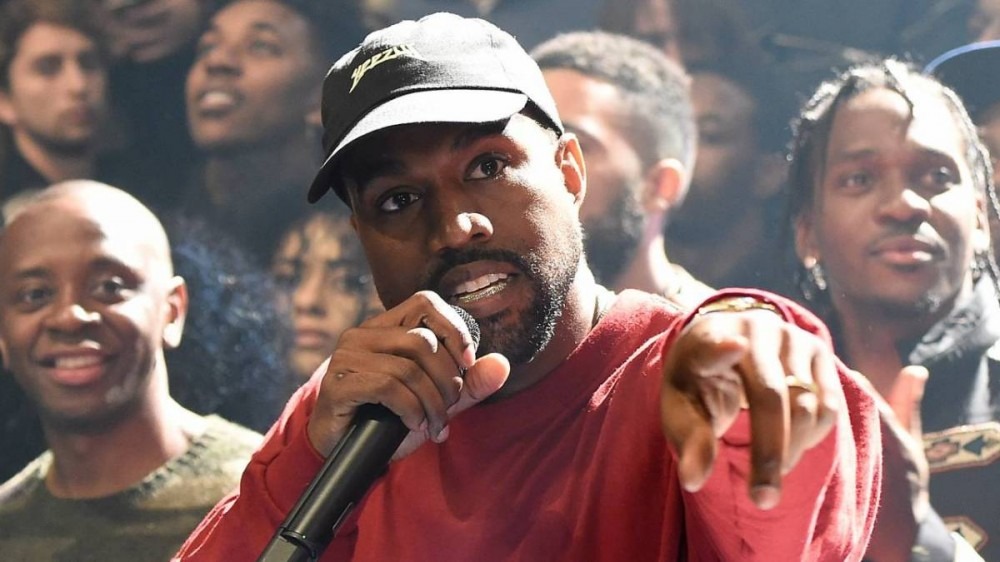 Kanye West has filed for the rights to another new trademark under his Mascotte Holdings company.

According to TMZ and attorney Josh Gerben, the latest endeavor uses the same jagged-edged circle logo that Ye filed a trademark for back in July, but this time comes filled with a dark blue color in a similar hue to that of the one used on his Jesus Is King album’s cover art.

“The color(s) blue is/are claimed as a feature of the mark,” the documents allegedly state.

Like the previous plain logo, this will also be used for retail stores and everything related to fashion services surrounding his clothing brand, including footwear and accessories.

Kanye West has filed a new trademark application for the logo pictured below.

The logo appears to be a blue circle with a "fluted" exterior line.

The filing claims that Kayne will offer clothing, footwear and accessories in connection with the logo.#kanye #kanyewest pic.twitter.com/Xjf9kTGBZS

Kanye has been very busy in the trademark department this year. Last month, Ye trademarked “YZYSPLY” for retail stores, online ordering services and online retail store services, according to TMZ.

During a 2015 interview with Vanity Fair, Kanye West revealed that having his own store was a lifelong dream.

In June, Kanye made 17 trademark filings for Yeezus rollercoasters, NFTs — which he’s been vehemently against in the past — retail stores, toys, bags, and cosmetics.

While speaking at the Cannes launch of his Cruel Summer short film in May 2012, Kanye expressed his plans to one day build amusement parks.

In other Yeezy news, Kanye has reportedly evaded an assault charge for punching a fan outside of a Los Angeles hotel in January as authorities felt there was not enough evidence to convict the Grammy-winning artist.