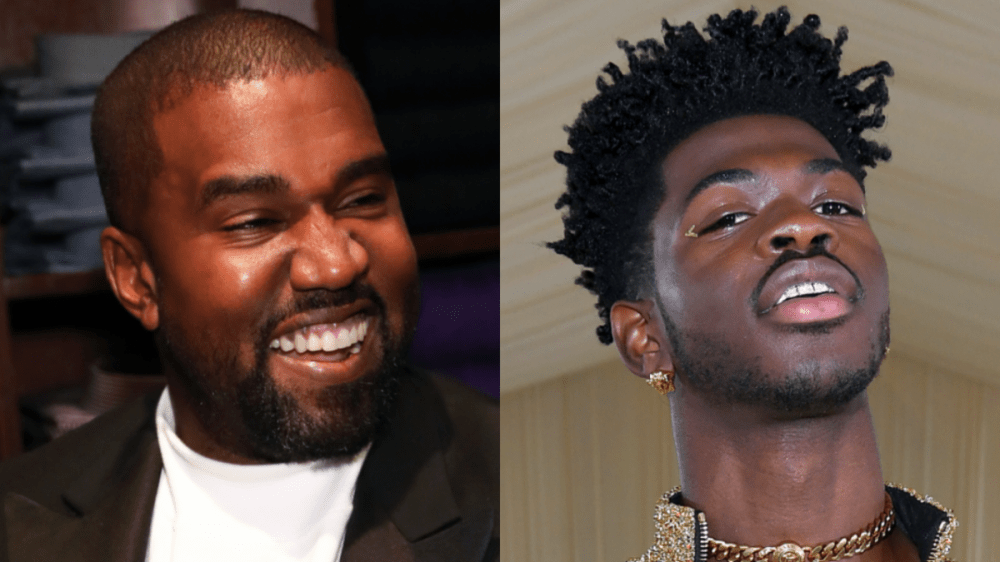 Kanye West has notched his first No. 1 single in a decade thanks to Lil Nas X’s “Industry Baby” topping the Billboard Hot 100. Produced by Kanye alongside Take a Daytrip, the song serves as the Donda rapper’s first chart-topper since Katy Perry’s “E.T.” in 2011 and his first as a producer since “Stronger” in 2007.

A mainstay on the chart, the Jack Harlow-featured “Industry Baby” was released on July 23 and climbed to No. 1 on Monday (October 18), Billboard announced. Lil Nas X was asked how he linked up with Kanye West during an interview with Kerwin Frost in July, but he refused to reveal any details.

“How did that happen? I actually can’t tell you,” he said. “I can’t, not yet at least. It’s just like a thing, you want to protect connections. We talked, he’s a pretty cool guy, super down to earth. He’s super talented. He showed me some stuff. He’s working on some great music.”

He added, “It’s nice to work with somebody who’s done that for so long, so much longevity and still going. And like constantly evolving. Not even just evolving, but completely changing into something else. He’s also doing something different and new. Over and over and over again recreating himself.”

Jack Harlow reacted to his first No. 1 single on Twitter, claiming he could foresee the song topping the Hot 100 even during the recording process.

“My first number one… I’d be lying if I said I didn’t see this coming while I was writing my verse,” he wrote. “This song is something I’m gonna be proud to be a part of for the rest of my life. Thank you for having me @LilNasX.”

Harlow’s previous best on the Hot 100 was “Whats Poppin” featuring DaBaby, Tory Lanez and Lil Wayne, which peaked at No. 2. As for Lil Nas X, the track brings his tally to three No. 1 singles following “Old Town Road” featuring Billy Ray Cyrus and “Montero (Call Me by Your Name).”