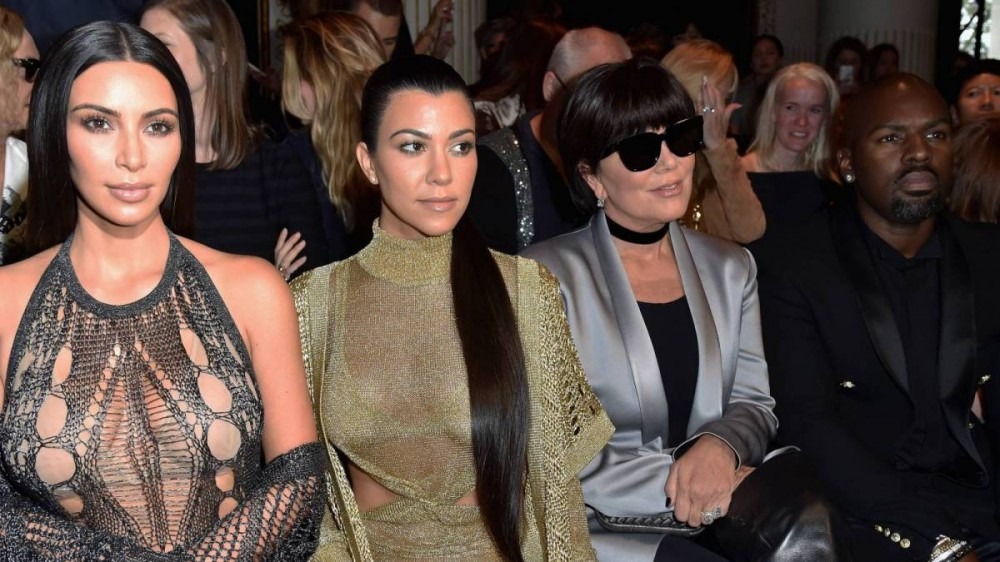 Kanye West has been on a tear lately, airing his grievances with his estranged wife Kim Kardashian all over social media — and now he wants an apology. It all began when Kanye publicly called out the SKIMS founder for not inviting him to his daughter Chicago’s fourth birthday party last month.

“I wasn’t allowed to know where her party was,” he said at the time. “There’s nothing legal that’s saying that this is the kind of game that’s being played. This is the kind of thing that really has affected my health for the longest and I’m just not playing. I’m taking control of my narrative this year. I’m being the best father — the Ye version of a father — and I’m not finna let this happen.”

Kanye wishes his daughter a happy birthday via video because he says he wasn’t allowed to attend her birthday party today. pic.twitter.com/In3zVaNICL

Since then, Kanye has made several allegations toward the mother of his children. Not only did Ye suggest he wasn’t getting joint custody per their arrangement, he also claimed he’d been accused of being under the influence.

“YESTERDAY KIM ACCUSED ME OF PUTTING A HIT OUT ON HER,” he wrote in all caps on Sunday (February 6 ). SO LET ME GET THIS STRAIGHT I BEG TO GO TO MY DAUGHTERS PARTY AND I’M ACCUSED OF BEING ON DRUGS THEN I GO PLAY WITH MY SON AND I TAKE MY AKIRA GRAPHIC NOVELS AND I’M ACCUSED OF STEALING.

“NOW I’M BEING ACCUSED OF PUTTING A HIT ON HER. THESE IDEAS CAN ACTUALLY GET SOMEONE LOCKED UP. THEY PLAY LIKE THAT WITH BLACK MENS LIVES WHETHER ITS GETTING THEM FREE OR GETTING THEM LOCKED UP. I’M NOT PLAYING ABOUT MY BLACK CHILDREN ANYMORE.”

In the wee hours of Tuesday (February 8), Kanye West shared a screenshot of a text exchange with Kim Kardashian talking about “positive vibes” before demanding an apology from the entire Kardashian family, including Kris Jenner’s boyfriend Corey Gamble.

“I still need an apology for you not giving me the address to my daughters party,” he said in the text, then added in the caption, “I STILL NEED A PUBLIC APOLOGY FROM THE ENTIRE FAMILY FOR THIS. YOU [GIVE] EVERYTHING YOU GOT TO SOMEONE THEN THEY TRY TO BULLY YOU AND THEN SAY THEY WON’T APOLOGIZE. IT’S UP TILL THEY ALL TAKE ACCOUNTABILITY EVERY WOMAN THERE INCLUDING CORY.”

Amid Kanye’s initial Instagram outbursts, Kim Kardashian felt it was necessary to release a statement of her own, criticizing her soon-to-be ex-husband for his actions.

“Kanye’s constant attacks on me in interviews and on social media is actually more hurtful than any TikTok North might create,” she wrote. “As the parent who is the main provider and caregiver for our children, I am doing my best to protect our daughter while also allowing her to express her creativity in the medium that she wishes with adult supervision — because it brings her happiness.”

She continued, “Divorce is difficult enough on our children and Kanye’s obsession with trying to control and manipulate our situation so negatively and publicly is only causing further pain for all. From the beginning I have wanted nothing but a healthy and supportive co-parenting relationship because it is what is best for our children and it saddens me that Kanye continues to make it impossible every step of the way. I wish to handle all matters regarding our children privately and hopefully he can finally respond to the third attorney he has had in the last year to resolve any issues amicably.”