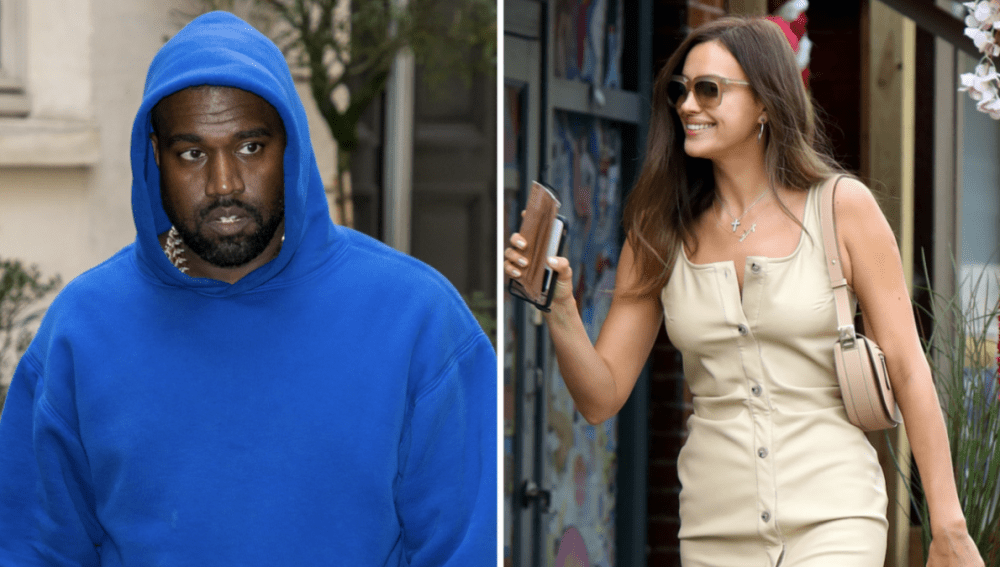 Teterboro, N.J. – Kanye West is back from his France getaway and photographers spotted Yeezy landing at Teterboro Airport in New Jersey with rumored girlfriend Irina Shayk on Wednesday (June 9).

TMZ previously broke the news that Kanye and the Russian supermodel were together spending time with friends in Provence, France to celebrate his 44th birthday on Tuesday (June 8).

Kanye and Shayk seemed to try to stagger their exits out of the private plane but that trick didn’t end up fooling anyone. The Chicago native attempted to cover his face with his blue windbreaker while Bradley Cooper’s ex donned a cozy all-white sweatsuit.

TMZ is comfortable classifying the rumored couple as “an item” while they continue to spend more time in each other’s presence. Kanye was also seen with collaborator 88-Keys during the Eurotrip where they reportedly stayed at hotel Villa La Coste.

Wow, that Kanye and Irina Shayk photo going around completely cut out 88-Keys to make it look more romantic. Wow. Media is so manipulative. pic.twitter.com/cfdZ3GQqW9

Kanye West was spotted with supermodel Irina Shayk on a French vacation amid dating rumors. pic.twitter.com/ehCE4YKdKF

Shayk and Kanye have some history, as she made an appearance in Kanye’s 2010 “Power” video and also walked in one of his 2012 Paris fashion shows. He even namedropped her on GOOD Fridays standout “Christian Dior Denim Flow” when he raps, “I wanna see Irina Shayk next to Doutzen.”

It seems like Yeezy has moved on after Kim Kardashian filed for divorce in February. Kardashian still wished the father of her children a 44th happy birthday on social media. Kanye didn’t leave his fans hanging either, as he launched the debut of his Yeezy Gap line.