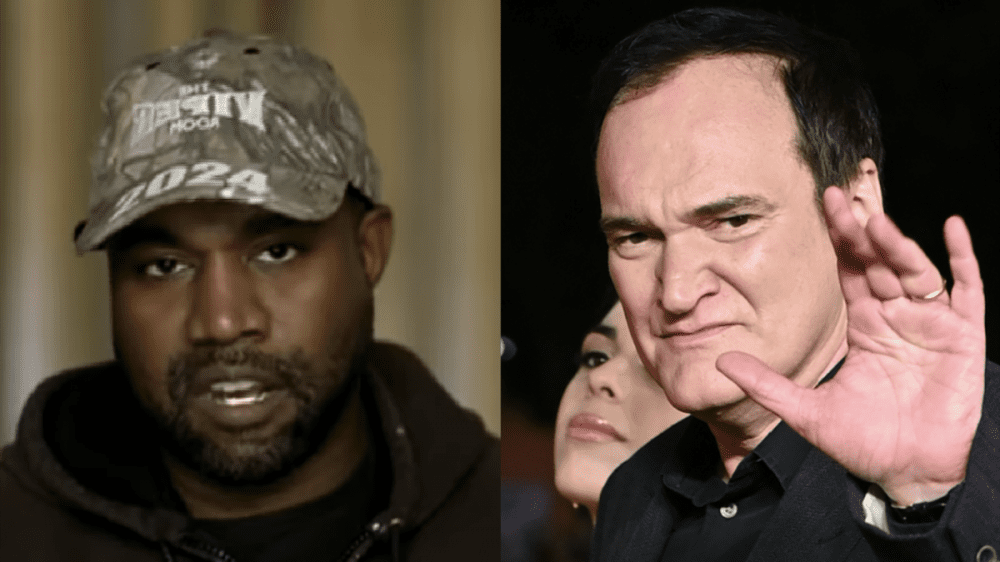 Kanye West has claimed he was the mastermind behind Quentin Tarantino’s highest-grossing film, Django: Unchained.

Speaking on Piers Morgan Uncensored, Ye said he pitched the idea for the 2102 film t0 Jamie Foxx and the legendary director because he wanted it to be the premise of his video for 2005’s “Gold Digger” before it eventually turned into the acclaimed movie.

“Tarantino can write a movie about slavery where — actually him and Jamie [Foxx] they got the idea from me because the idea for Django I pitched to Jamie Foxx and Quentin Tarantino as the video for ‘Gold Digger.’ And then Tarantino turned it into a film,” he explained.

Ye didn’t really expand much on the alleged theft but made the point when speaking about how free speech exists with context and made the comparison to Leonard DiCaprio using racial slurs in the film but not being deemed a racist.

The YouTube version of the clip has compiled over 315 million views and the Jamie Foxx-assisted track took home Best Rap Solo Performance at the 2006 Grammy Awards.

Django: Unchained hit theaters on Christmas Day in 2012 and grossed over $425 million worldwide at the box office against its $100 million budget and became Quentin Tarantino’s most commercially-successful film.

Kanye West touched upon numerous topics throughout the interview with Piers Morgan, where he also apologized for his anti-Semitic remarks.

“I wanna say that it’s wrong to hold an apology hostage and I gotta let go of that and free myself of the trauma and say, ‘Look, I’m just gonna give it all up to God right now. And say to those families that are hurt I really wanna give you guys a big hug and I say I’m sorry for hurting you with my comments.”