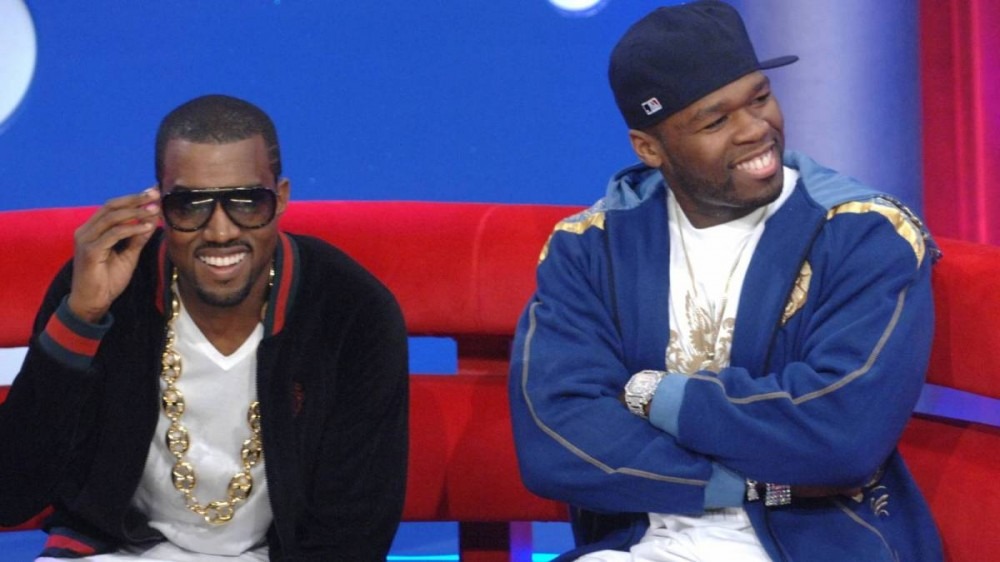 Kanye West and 50 Cent have always had a contensious relationship and it looks like things could be heating up once more for the pair.

For the past week or so, Ye has been busy on Instagram posting his thoughts on numerous different topics, from taking shots at his ex-wife Kim Kardashian’s family, Pete Davidson and adidas Senior Vice President/General Manager Daniel Cherry III, to naming the “best song in the history of music” and expressing his desire to build a school on land owned by Young Thug.

On Friday (September 9), 50 posted what seemingly appeared to be a repost of one of Kanye’s rants, complete with the same white text and black background, discussing his ex-wife’s bathroom habits.

“Kim has diarrhea a lot,” the since-deleted post began. “Like way more than the normal person could have it.”

50 captioned the post: “What the fuck make you do this, smh [facepalm emoji] not liquor nah. [shrug emoji] That boy on dat branson !”

Quick to respond, Kanye West snapped back in the comments section of the G-Unit head honcho’s post, denying he put the post out. “I ain’t write this bro,” he wrote.

Whether the post was real or not is yet to be confirmed, but if some of 50 Cent’s previous social media antics are anything to go by, fans wouldn’t put it past him to be trolling the G.O.O.D. Music hitmaker.

Just recently, 50 stirred up the pot with Lil’ Kim when he claimed she dissed Nicki Minaj’s infant son in the opening line of her remix of Megan Thee Stallion’s “Plan B.”

50 Cent made the accusation in an Instagram post while tagging Nick Minaj, which has since been taken down. “QGTM @nickiminaj you better light her ass up i’m watching,” he wrote. “she said something about the baby. her baby eye fucked up. LOL.”

Lil’ Kim responded in the comments: “It’s ok he just doin what bitch n-ggaz do. Now watch what God do to his Life !”

Meanwhile, Kanye West has said he wants to make peace with his some of his enemies following the death of Queen Elizabeth II on Thursday (September 8).

After news of the British monarch’s death traveled the globe, Kanye paid tribute on Instagram early Friday and was seemingly inspired to extend an olive branch to Pete Davidson, Kid Cudi and adidas General Manager Daniel Cherry, all of whom have faced his wrath this year.

“LIFE IS PRECIOUS,” he wrote in an iPhone Note shared to his Instagram page. “RELEASING ALL GRUDGES TODAY[.] LEANING INTO THE LIGHT[.] BEST WISHES AND BLESSINGS TO PETE CUDI DANIEL [CHERRY].”