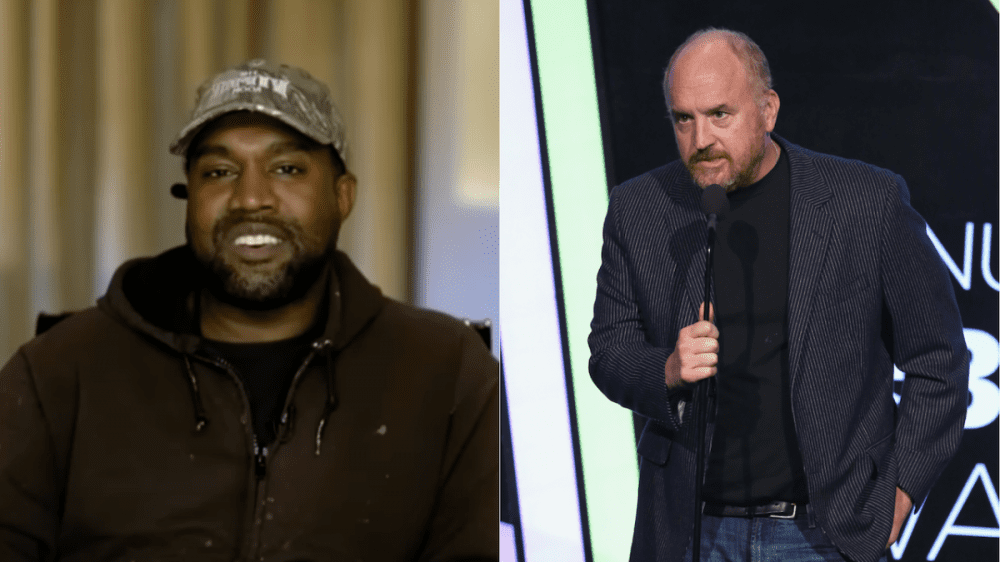 Kanye West has called for Louis CK to be uncancelled and believes that the comedian is the funniest comic on the scene.

During an interview on Piers Morgan Uncensored, West explained that God must have a sense of humor due to a string of unexpected events that took place when he was first married.

After purchasing a home that was formerly owned by Lisa Marie Pressley with his ex-wife Kim Kardashian, Drake moved into the neighborhood a few blocks away (At the time, the two rappers were not on the best terms).

Beginning around an hour and nine minutes into the conversation, West shared his deep admiration for the comedic stylings of CK, who admitted to sexual misconduct in 2017.

“This is where God is even funnier, here goes like Louis CK part two-level,” he said, “because Louis CK is the funniest man alive, uncancel him now.”

“He was funnier before he was canceled because all he would do is the type of joke you can get canceled on,” he added.

This is just the latest example of West expressing views that have been deemed offensive and controversial. During the same interview, West and Morgan got into a heated exchange about the anti-Semitic statements he made on Drink Champs, which has been deleted from REVOLT and all streaming platforms.

During the conversation, West also revealed that he was jealous of Jewish culture.

As the conversation continued, West noted that he has to work on being more careful when sharing his opinions in the public.

“I feel that my words demand more sensitivity for the frequency that I’m operating at and the amount of people that I’m communicating to,” West said. “And I take that responsibility right now.”

Because of his opinions, the G.O.O.D. Music CEO lost a partnership with Balenciaga, the French fashion house that he collaborated with on his Yeezy Gap line.

Kering, Balenciaga’s parent company, confirmed on Friday (October 21) that the French fashion house will not be working with West anymore.

“Balenciaga has no longer any relationship nor any plans for future projects related to this artist,” Kering said in a brief statement.