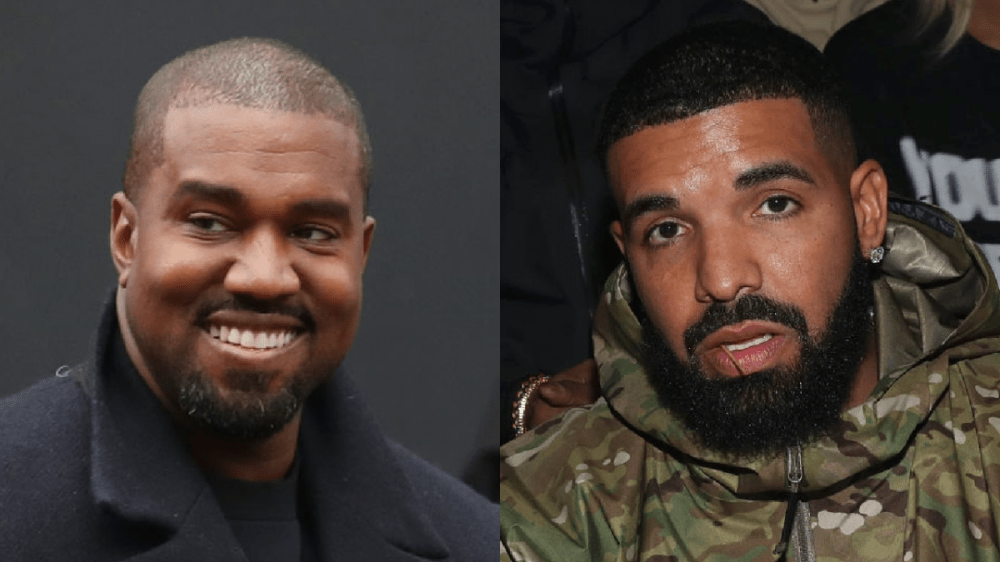 Houston, TX – Kanye West is ready to bury the hatchet with Drake. On Monday (November 8), Rap-A-Lot Records founder J Prince shared a video of Kanye reading a statement from his phone. In the clip, he invites Drake to a show on December 7 as he asks for help in freeing Gangster Disciples co-founder Larry Hoover from prison.

“I’m making this video to address the ongoing back and forth between myself and Drake,” he says. “Both me and Drake have taken shots at each other and it’s time to put it to rest. I’m asking Drake on December 7 to join me on stage as a special guest to share the two biggest albums of the year live in Los Angeles with the ultimate purpose being to free Larry Hoover.

I met with @kanyewest night in Htown at the Rothko Chapel. It wasn’t in my plans to meet him there but I must say I’m glad I didn’t allow a worship place for God to detour our meeting. pic.twitter.com/GM9FIN80Uj

J Prince added some mystique to the video by insinuating their meetup was an act of God in the caption, writing, “I met with @kanyewest in HTown at the Rothko Chapel. It wasn’t in my plans to meet him there but I must say I’m glad I didn’t allow a worship place for God to detour our meeting.”

Drake and Kanye’s dormant beef was revived in August after the OVO Sound boss threw a shot at Ye on Trippie Redd’s “Betrayal” single. That ignited another social media back and forth as both rap pillars plotted their album releases.

As J Prince pointed out, sometimes people need to come together for the greater good — no matter what their issues. But it sounds like without Larry Hoover, Kanye might not have been motivated to extend the olive branch.

“So I met with @kanyewest to pass on the message from my brother Larry Hoover who said he would like to see peace between the two of them,” J. Prince wrote. “Ye received this well and said thanks because he never had anyone that sat him down and explained things to him the way I did. I’m looking forward to all of us working together in unison to elevate our communities around the world.”

He added, “There will come a time in life where we all should embrace the movement thinking, over the moment thinking. Moment thinking gets us stuck in the cycle of confusion, revenge, killings, and things of darkness that take you to a place worse than slavery.”

There will come a time in life where we all should embrace the movement thinking, over the moment thinking. Moment thinking gets us stuck in the cycle of confusion, revenge, killings, and things of darkness that take you to a place worse than slavery.

Larry Hoover has been incarcerated since 1973 and is currently serving six life sentences at the ADX Florence prison in Florence, Colorado.

He was initially sentenced to 150 to 200 years for a 1973 murder but in 1997, after a 17-year investigation of conspiracy, extortion, money laundering, and running a continuing criminal enterprise for leading the gang from state prison, he received life.

In October 2018, Kanye pleaded with former president Donald Trump to grant him clemency to no avail. Kanye then featured a recorded message from Larry Hoover’s son on the Donda tracks “Jesus Lord” and “Jesus Lord, Pt. 2” in which he outlines the holes in America’s criminal justice system and how his father’s incarceration has negatively impacted his family.

According to an Instagram post from October, Kanye, Drake and J Prince have collectively been working on Hoover’s situation for awhile.

“IF YOU FAIL TO PLAN YOU PLAN TO FAIL,” he wrote. “Good plans in the making to free our brother Larry Hoover with the support of @champagnepapi and @kanyewest #TheArtandScienceOfRespect. To be continued.”