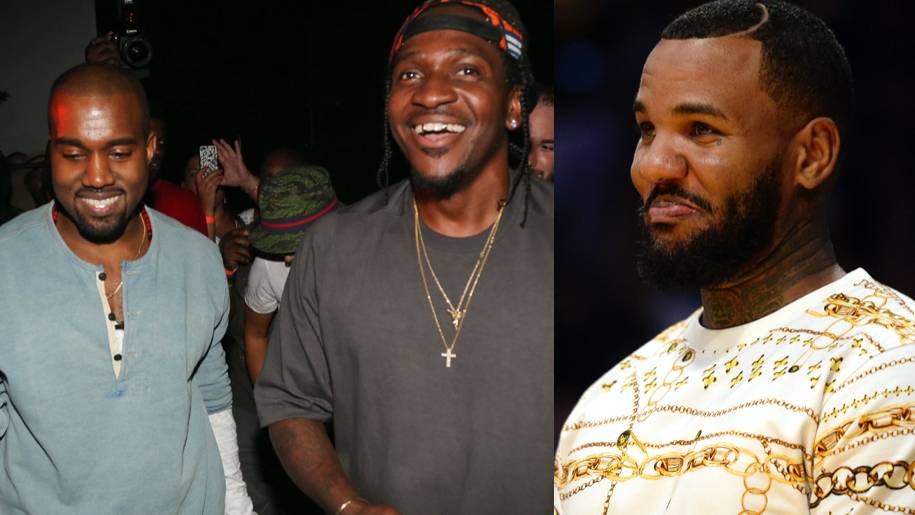 Kanye West has teamed up with The Game for multiple collaborations this year, including “Eazy” and “Fortunate” off Game’s latest album Drillmatic: Heart Vs. Mind — and he’s proud of it.

Amid Ye’s latest Instagram blitz, the G.O.O.D. Music founder took a moment to recognize not just his musical partnership with Game but also Pusha T. On Sunday (September 4), Ye shared a screenshot of the Drillmatic cover art and wrote, “Need to shoot a video. Me have game have never missed Like literally have never missed Just like me and Pusha.”

Kanye West’s post came as he was busy calling out 16 adidas employees. Much like he did with former Nike CEO Mark Parker in 2013, Ye set his sights on adidas CEO Kasper Rørsted, posting another mock New York Times cover “announcing” Rørsted’s death on September 1.

The tirade continued over the weekend, but Instagram forced him to remove several posts targeting adidas SVP Daniel Cherry and members of adidas’ Supervisory board. So, Ye re-posted them but this time, used sarcastic captions such as “good vibes” and “sure is positive.”

As Kanye explained under a photo of Managing Director and Vice Chairman of Investment Banking at Chase Bank Jing Ulrich: “God bless everyone Instagram please don’t take down this post I’m simply and kindly bringing light to the fact that Jing Ulrich is on the board of adidas and JP Morgan Chase : ) There’s nooooo reason this post should get flagged.”

Ye was initially upset with the Gap last week, accusing the company of stealing his designs and having “secret” meetings without him. He’s making similar claims about adidas. In a since-deleted post he wrote, “I have no chill. It’ going to cost you billions to keep me. It’s going to cost you billions to lose me. You stole my fucking designs amongst other things. I’ll give you to Tuesday. I’m not waiting 7 months to leave like the breach letter I sent you refers to.

“It’s up now. I’m going to make things unbearable. And I promise I’ve only been playing nice. I know eeeeeeverything I promise. The fake shoes you sold behind my back in China. Eeeeeverything.”

But the Gap isn’t off the hook. In another deleted post, Kanye promised he’d turn his attention back to them soon enough.

“When I’m the head of adidas, who should be my first hire,” he wrote. “Gap I’ll get to you next week. adidas is my focus for the weekend. While on my way to see the Weeknd. Anybody don’t like me. I’ll be at the concert with no security. This is your perfect chance. Come get me.”