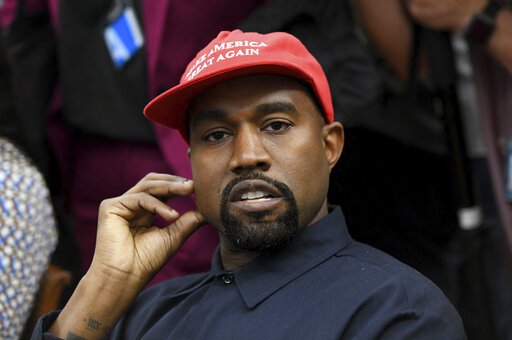 Kanye West wanted full chaos to follow his DONDA Chicago show. If a recently canceled DaBaby and Marilyn Manson didn’t stir up controversy, Kanye’s plan to have former President Donald Trump on stage at Soldier Field would have.

Radar Online reports that the invitee list to Kanye’s mom’s house in the middle of Soldier Field was a bit longer. He invited his MAGA buddy Donald Trump to the experience. “Kanye reached out to Donald Trump’s team to get the former President to make an appearance alongside him and join DaBaby, Marilyn Manson, and Kim Kardashian in Chicago,” a source told Radar.

Another source noted that Kanye was not afraid of controversy, hence the appearance of DaBaby and Manson. “Getting a former President to help sell his new album would have been huge for Kanye, who was a big supporter of Donald Trump. As far as Kanye is concerned, all press is good press.”

The belief is Kanye loves to press buttons, and more press stunts could be on the way over the next few days. Radar also stated Kim Kardashian knew nothing about DaBaby and Manson’s appearance and was just scheduled to close the show in the wedding dress.

Without Trump showing up, Kanye West’s DONDA is still performing well. The album was the most-streamed release on the service in 2021, with 60 million plays in one day.

The total is also the third-highest ever to hit Apple Music. The album was on top of the charts in 152 countries on Apple Music’s album charts, Complex reports, and took over 19 of the Top 20 spots on the Top 100 Global Songs chart.

The album is projected to move over 300,000 first-week units. According to HITS Daily Double, those numbers will assist in a number one debut for Kanye’s DONDA album. The album would be his best performing release since Yeezus in 2013.