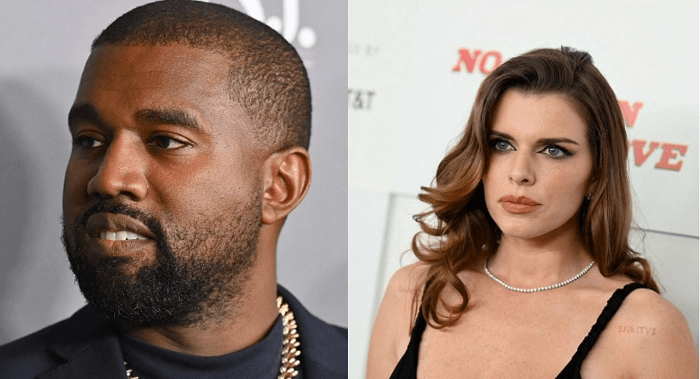 Kanye West isn’t dating Yasmine Lopez, but he is reportedly an item with Julia Fox. Page Six was able to confirm with a source that the new couple is “kindred spirits.” That same source stated, “it’s cool to watch.”

West and Fox were spotted on another date, enjoying time at Makoto Bal Harbour. Kanye was stated to have kept a hoodie on through the entire date while Fox was in a leather trench coat.

“Julia and Ye are dating,” a source familiar with Fox told Page Six. “They both just got out of their former relationships, and they’ve helped each other recover immensely.

Kanye is currently in the middle of divorce proceedings with Kim Kardashian, but Fox has had a rocky romance road herself. Fox was married to Peter Artemiev, who she blasted on Instagram late last year. “This man left me with a 5 month old and a dog and a home and ALL THE BILLS. It’s wrong!!! It’s not fair,” she wrote.

Meanwhile, Kanye spent the closing moments of 2021 house buying. The new crib that Kanye West purchased across the street from Kim Kardashian won’t be standing for long. According to PEOPLE, Kanye plans to tear down the house and build a new one that fits his tastes.

“Kanye’s new house is a teardown. He only bought it for the location,” a source close to Kanye said. “It’s near Kim and the kids. He has a vision for the house and plans on starting construction ASAP.”