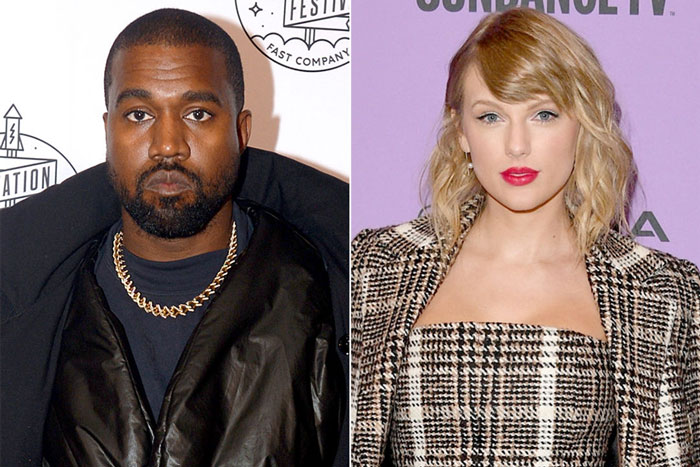 Four years after Kim Kardashian shared a phone call between Kanye West and Taylor Swift discussing his “Famous” lyrics, a longer recording of their conversation leaked on Friday night, which appears to support Swift’s argument that she was blindsided by some of the lyrics.

The 10-minute clip starts off by Kanye asking Taylor to release “Famous” on her Twitter account. “So my next single, I wanted you to tweet it … so that’s why I’m calling you. I wanted you to put the song out,” he tells the singer.

He then explains that he included a “very controversial line” about Swift in the song and that he contemplated the lyrics for eight months. “It’s gonna go Eminem a little bit so can you brace yourself for a second?” he says before Swift asks, “Is it gonna be mean?”

“No, I don’t think it’s mean,” responds Ye before revealing that he played the song for his wife and Ninja from Die Antwoord. While Kim thought it was “crazy” at first, she ended up loving it. “It’s like my wife’s favorite fucking line,” he adds.

He then raps the lyric for Swift: “So it says, ‘To all my Southside ni**as that know me best / I feel like Taylor Swift might owe me ,” to which Swift responds, “That’s not mean.”

However, the lyric that made it into the final version of the track is different. “For all my Southside ni**as that know me best / I feel like me and Taylor might still have / Why? I made that bitch famous,” he raps.

In another portion of the call, West asks Swift how she would feel if he included a line that said “I made her famous.” “Did you say that? Oh God, well, what am I going to do about it at this point,” says Swift. “It’s just kind of, like, whatever at this point, but I mean, you gotta tell the story the way it happened to you and the way that you experienced it. You honestly didn’t know who I was before that. It doesn’t matter if I sold 7 million of that album before you did that, which is what happened. You didn’t know who I was before that and that’s fine. Yeah, I can’t wait to hear it.”

In 2016, Kim Kardashian defended her husband against accusations by sharing a portion of the phone call. At the time, it appeared as if Swift gave approval for West’s lyrics, which did not include, “I made that bitch famous.”

Swift maintained that she was telling the truth and that Kanye never told her that he was going to call her “that bitch.” “It doesn’t exist because it never happened,” she wrote.

After the newly-leaked footage surfaced, Swift fans took it as vindication that she was telling the truth and threw a #KanyeWestIsOverParty on social media, while Kanye fans called the feud “old news.”

Listen to the full phone call below.