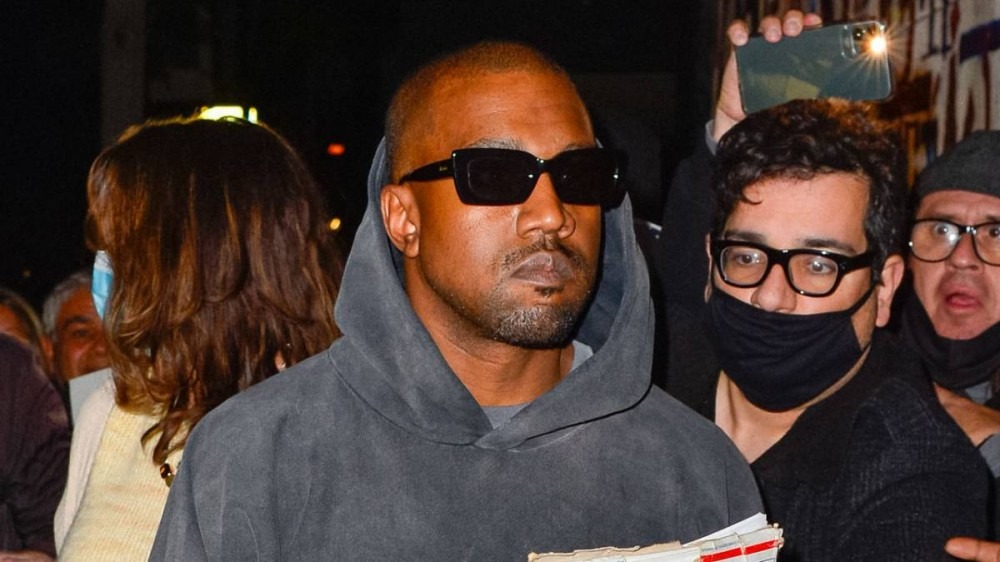 Kanye West has had an eventful 2022 so far, to say the least, but his whirlwind month came to a head last Thursday (January 13) when he allegedly assaulted a fan asking for an autograph in Los Angeles.

Ye is currently being investigated by the LAPD for allegedly punching 40-year-old Justin Poplawski, a veteran hunter of celebrity signatures, after he hounded him for an autograph in the early hours of the morning in Downtown L.A.

The Chicago native reportedly struck Poplawski twice — once in the head and once in the neck — knocking him to the ground.

Footage of the incident shows an enraged Kanye yelling at his cousin, who tries in vain to calm him down, while Poplawski lays on the ground holding the back of his head.

Now, Kanye West is sharing his side of the story. In a recent interview with Hollywood Unlocked’s Jason Lee, the Yeezy billionaire claims Poplawski gave him “attitude” after he told him it wasn’t a good time.

“It was 3 a.m. in front of [Soho] Warehouse,” Kanye explains. “I’m saying, ‘You don’t know what I’m dealing with right now.’ I just finished these two songs, I came from the studio … And this dude, he just had this real attitude, like, ‘Whatchu gonna do?’”

Kanye also gave more context to his emotional outburst that was captured in the video, revealing he had just received bad news from his cousins who had returned from discussing parenting matters with Kim Kardashian.

“So now my cousins are coming back and they have not delivered on it. So I end up getting into an altercation with the guy that wanted to make money off of my autographs,” he explains. “I say, ‘Give me a breather. Get away from me.’

“She is not taking accountability for the fact that she did not do what she was supposed to do, and that added to me being in a mood where I was like, ‘I am not going to have this.’”

Speaking with Entertainment Tonight, Jason Lee noted that Kanye didn’t admit to punching the man himself.

In another clip from the interview, Kanye West addresses his increasingly complicated family life and explains why he bought a house directly across the street from his soon-to-be-ex-wife and four children.

“My solace comes from me seeing my kids and getting a solid schedule. That’s why I even got the house,” he says. “[The media] flipped it into, like, there was something wrong with me getting a house next to my kids.”

He continues, “You see, when my mom took me from Atlanta to Chicago, my dad didn’t come to the coldest and most dangerous city in the world. He said, ‘I want to stay down in Atlanta because of my career.’ It’s nothing with my career — with this rap, with this media, none of that — that’s gonna keep me from my children.

Kanye also took issue with his eight-year-old daughter, North, being allowed to join TikTok, telling Lee, “My children not gonna be on TikTok without my permission.”

In an Instagram Live video filmed behind the wheel, Ye claimed he wasn’t allowed to attend his own daughter’s birthday party and his efforts to find the address went ignored by the Kardashian clan.

“This the kind of thing that really has affected my health for the longest,” he said in the clip. “That’s gonna imprint on [Chicago’s] mind that I wasn’t there for her.”

Kanye eventually secured the address and showed up to the party, thanks to Travis Scott and Kylie Jenner.

“I’m so happy right now,” he said in another video after leaving the party. “I just came from Chi’s party and I just got to shout out Travis Scott for sending me the address and the time and making sure that I was able to spend that birthday memory with my daughter, to be there with the rest of my family.”

He continued, “Kylie let me in right when I got to the spot ’cause security stopped me once again when I got there.”