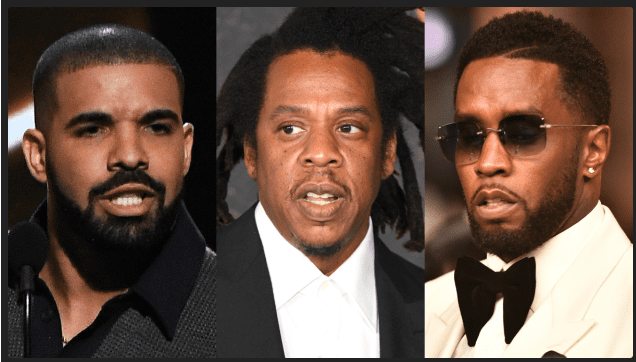 Trouble-laden mogul Kanye West was recently a guest on a podcast and claimed that Hov once broke up a fight between Drake and Diddy.

Ye made his guest appearance on the Lex Fridman Podcast yesterday (October 24) and said that at his 2015 Yeezy fashion show in NYC, ye revealed that jay had to play referee between the Bad Boy head honcho and the Certified Lover Boy.

“You had Puff Daddy. At that time, Puff Daddy had beef with Drake,” said Ye. “Drake still came to the show and JAY-Z had to break up the fight backstage.”

The two had a previous run-in in December 2014, when Drizzy and Puff got into a fistfight at DJ Khaled’s birthday party in Miami, causing the Toronto star to be hospitalized with an injured shoulder. Diddy is said to have approached Drake at Club LIV and told him: “You’ll never disrespect me again,” before punching him.

Diddy ultimately denied physically assaulting Drake, saying: “I did not put hands on Drake, and I do not want any problems with Drake. I didn’t do nothing to Drake. Drake is my friend.”