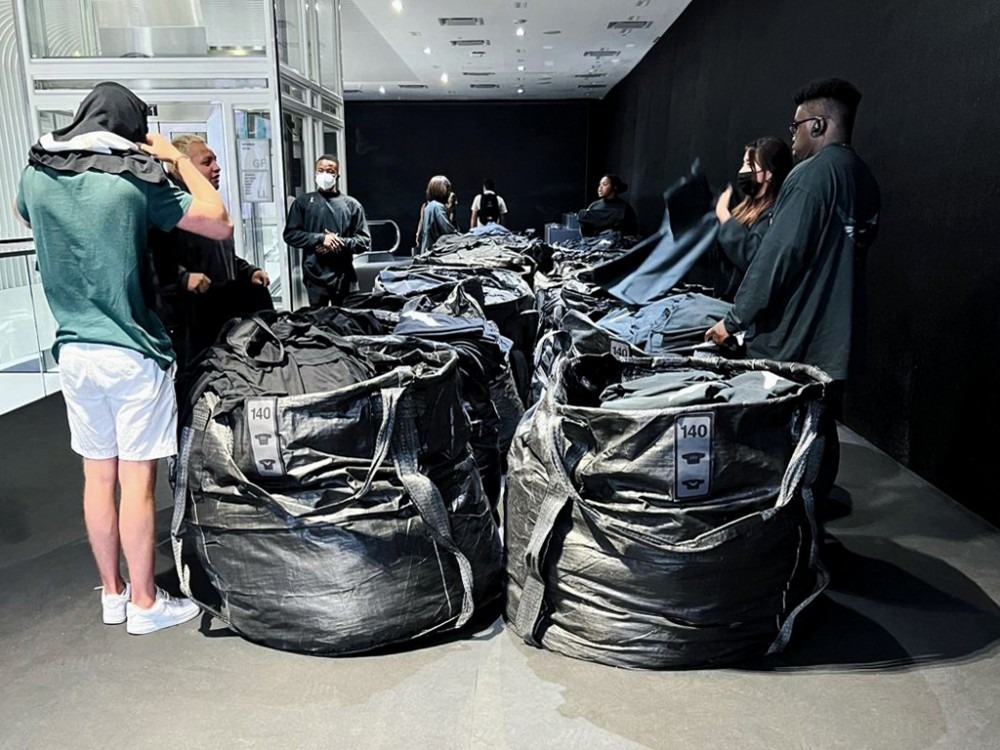 Earlier today, Kanye responded to the criticism over the presentation of his Yeezy Gap apparel.

Fox News caught up to Ye at Gap’s flagship store in New York City where the reporter asked Kanye how he felt about the people criticizing him for apparently “fetishizing” homelessness by displaying the Yeezy Gap apparel in “trash bags.”

In typical Kanye fashion, he remained unapologetic and doubled down on his stance about hit art and creative expression.

“Look, man, I’m an innovator and I’m not here to sit up and apologize about my ideas,” Ye said. “That’s exactly what the media tries to do: make us apologize for any idea that doesn’t fall under exactly the way they want us to think.”

Kanye continued, saying, “This is, like, not a joke. This is not a game. This is not just some celebrity collaboration. This is my life. I’m fighting for position to be able to change clothing and bring the best design to the people.”

This comes a couple weeks after Kanye put on his IG a black image with words that read “Look to the children / Look to the homeless as the biggest inspiration for all design.”

Elsewhere in the news report, the reporter said that the bags are not trash bags but construction bags, according to Kanye.

Earlier this week a post went viral of the bags, saying that the apparel was originally hung on hangers, which angered Ye, who then demanded they be put in the large construction bags.

“This is how they are selling Yeezy GAP. The sales associate said Ye got mad when he saw they had it on hangers and this is how he wanted it. They won’t help you find ur size too, you just have to just dig through everything,” the Tweet said.