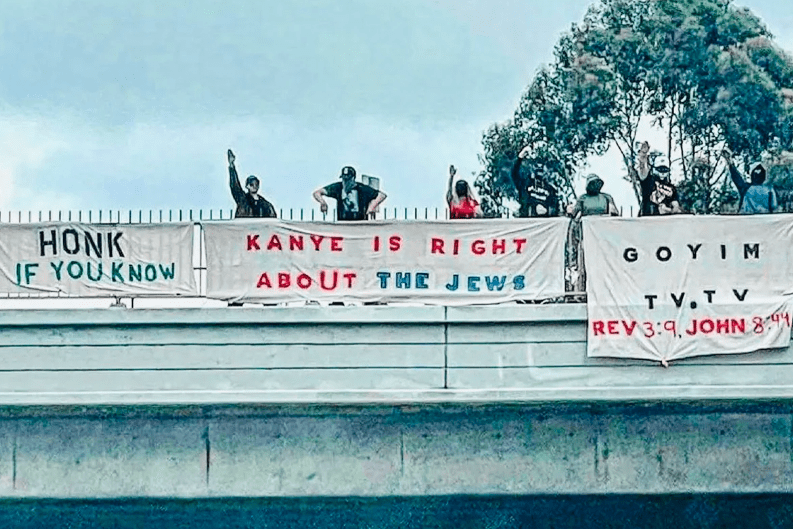 As more and more companies are publicly disassociating themselves from Kanye West amid his anti-Semitic comments, a group of white Nationalists have used the music and fashion mogul’s name to push help push their agenda against Jewish people.

The Goyim Defense League appears to be the culprit who is responsible for putting banners on a L.A. Hwy. 405 overpass which read, “Honk if you know Kanye is right about the Jews.”

The group members were also putting up the Nazi salute at passing drivers on the infamous Los Angeles freeway.

Just two weeks ago, West tweeted he was “going death con 3 On JEWISH PEOPLE” after Instagram restricted his account. Since then, Kanye was forced to take his money out of J.P. Morgan, was publicly criticized by Drink Champs and N.O.R.E. for his George Floyd comments, lost his campaign with Vogue and all while getting backlash for sporting and selling his “White Lives Matter” t-shirts.

Meanwhile, the Anti-Defamation League describes Goyim Defense League as a loose network of virulently anti-Semitic conspiracy theorists, but says that they are now strengthened and given relevance from West’s comments.