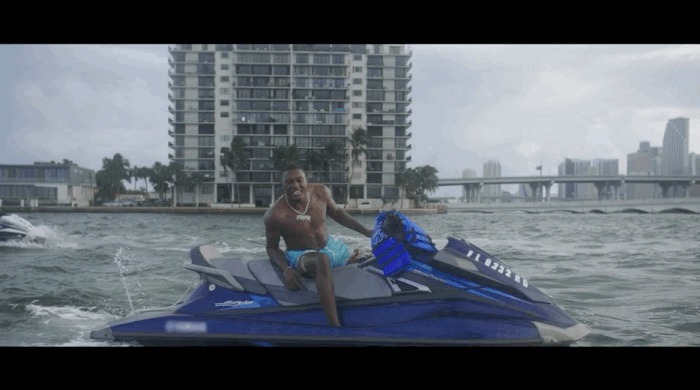 Spanning 13 tracks, TwoFr 2 is an excellent showcase of what helps the Compton native standout in a crowded hometown scene, namely his silky, rhythmic croon and his sharp sense of songcraft. The new project is home to “Scoring,“ which earned airtime during a Los Angeles Lakers NBA playoff game in the Fall and is currently charting at #29 on urban radio, “Get In,” a lumbering, piano-heavy banger with an appearance from Stunna 4 Vegas, and “No Love” ft. Mozzy, which has a music video that pays tribute to Paid In Full, one of Kalan’s favorite films. The sequel to Kalan’s breakout 2018 tape TwoFr, TwoFr 2 takes the newly-minted Roc Nation signee’s artistry to a new level, complementing his raunchy love songs with introspection and hard-earned wisdom. Featuring production from Cypress Moreno, Bankroll Got It, and more, TwoFr 2 is available everywhere via First Class Entertainment/Roc Nation.

A major figure in Los Angeles’ stacked rap scene, recently crashing the Top 10 of Billboard’s Emerging L.A. Artists chart, Kalan.FrFr earned accolades and co-signs for his breezy melodies and hard-hitting bars. In recent months, the artist’s singular alchemy caught the attention of L.A. rap superstar YG, who hopped on the remix for Kalan’s hard-hitting “Right Wit It” in 2020. A vocalist with many dimensions, the artist earned praise from Pitchfork in 2019 for his pure rapping ability on his fan-favorite “Hot N Ready (Freestyle)“. With TwoFr 2, Kalan solidifies his unique position on the West Coast scene, and builds even more anticipation about great things to come.

Watch “Look At Me”: https://www.youtube.com/watch?v=pV-cZ07wzvk