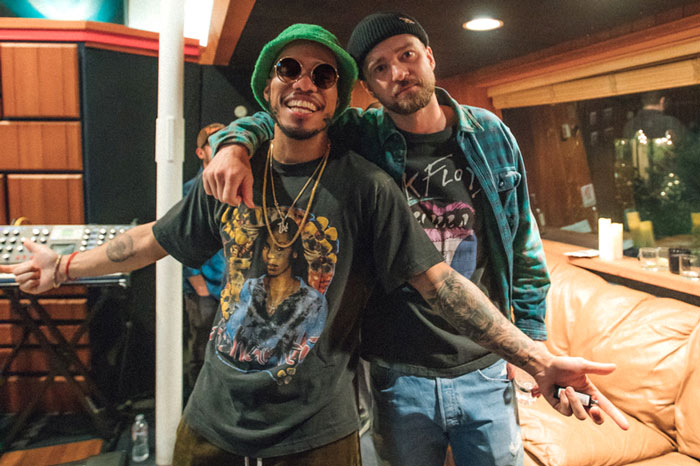 After dropping his SZA collaboration “The Other Side” last month, Justin Timberlake links with Anderson .Paak on “Don’t Slack” off the upcoming Trolls World Tour soundtrack.

The dance floor-ready bop, which appears during the end credits to the DreamWorks Animation film, opens with .Paak’s funky flow before Timberlake chimes in. “Okay now don’t slack / I need all my racks / No, we don’t hold back / Act like you know that,” they sing.

And there may be even more to come. The Grammy winners are eyeing a possible joint album. “I hope he doesn’t mind that I’m gonna say this right now, but we talked about a possible joint project,” Timberlake told Apple Music’s Zane Lowe. “We talked about it, but yeah, he’s a busy man, too. I told him as well, too, I was like, ‘You need to enjoy your moment, bro, ’cause it is—’ He played me new stuff the other day – It’s unbelie- th- th- that dude- … Is so gifted. He’s so good.”

Outside of the soundtrack, Timberlake has collaborated with Lizzo. “It’s like a Chicago house record,” he revealed. “And it goes so hard. It’s so fun but it’s so good.”

Timberlake, whose last album was 2018’s Man of the Woods, is not thinking about an album right now. “I’m just in a zone where I’m really enjoying the process again, and I don’t have an agenda to make an album, but if it comes together, then it comes together,” he said, “and in the meantime, I just want to stack records with people that I love, and that I’m inspired by, and that happens to be a ton of people.”

Feeling I’ve been saying this a lot lately but… TOMORROW!! 🤘 Don’t Slack is coming. Meantime, here’s @anderson._paak seeing his @trolls guy for the first time 🤯 💯 #trollsworldtour