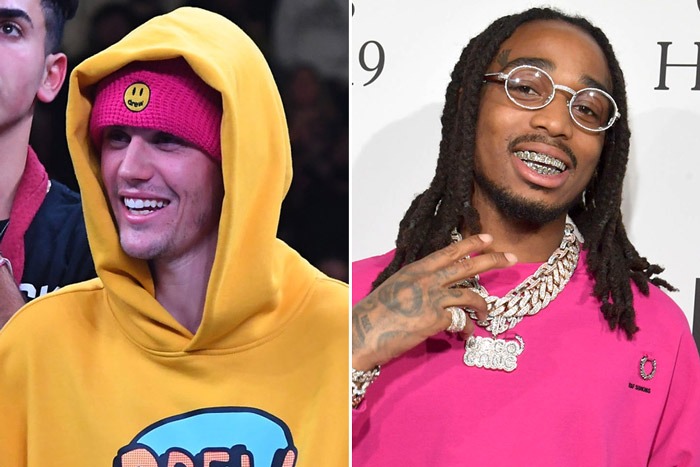 Shawty Mane is back.

Justin Bieber is teasing a new collaboration with Quavo. Taking to Instagram over the weekend, the Biebs shared a clip of a Murda Beatz-produced track, which finds him rapping about everything from his six-pack to Jesus.

“I ain’t gotta flex / I already got a six-pack,” raps Bieber. “Ain’t it funny how the money and the cars and the clothes meant nothing till I met Jesus?”

Quavo, who previously teamed up with Bieber on DJ Khaled’s chart-topping hit “I’m the One,” comes in with some flashy rhymes about the “holy water” on his neck. “I need more,” declares the Migos rapper. “Holy cross, let me shake the demons off.”

In 2010, Bieber introduced his rap alter ego Shawty Mane with a freestyle on Cam’ron and Vado’s “Speakin’ Tungs.” “I just do it for fun, but nothing serious. I don’t think people would take me seriously if I came out with, like, a rap album,” a then 17-year-old Bieber told XXL.

It’s unclear if the Quavo collab, possibly titled “I Need More,” will appear on Bieber’s upcoming album, but he took an Instagram poll asking fans if they want it to be released.

Earlier this month, Bieber dropped the first single “Yummy,” while the album is expected to feature collaborations with Travis Scott, Post Malone, and Kehlani.