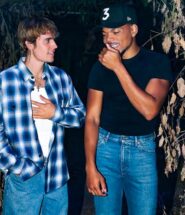 To accompany the single, a cinematic visual has been released. Directed by Colin Tilley, the video stars Ryan Destiny and Wilmer Valderrama. Check it out below! And expect more music from the Biebster as the year closes out.

“I’m working on an album right now. This album is really some of the best music I’ve made.”