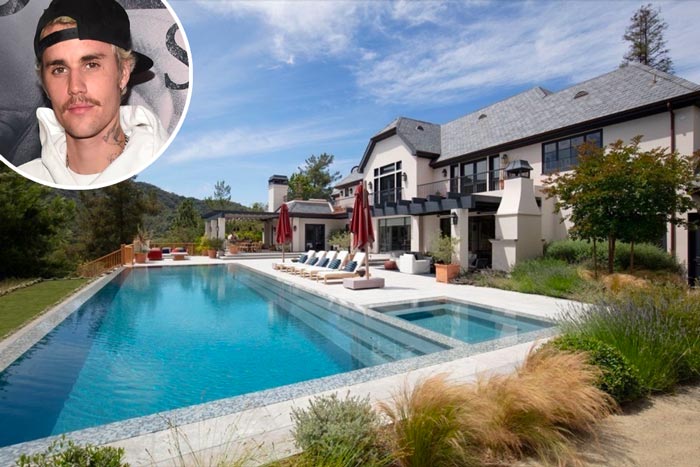 Justin Bieber is adding to his real estate portfolio.

The “Yummy” singer and his wife Hailey Baldwin have purchased a $25.8 million mansion in Beverly Park, the guard-gated community in the mountains above Beverly Hills known for its famous residents.

Originally built in the late 1980s, the contemporary traditional estate last sold in 2015 for $16.5 million before undergoing a multimillion-dollar remodel, according to Dirt.com. The property had been on and off the market for over two years, with an original asking price of $42 million.

The 11,000 sq. ft. mansion sits on 2.5 acres with seven bedrooms and 10 full bathrooms. Guests enter the palatial digs via a two-story grand foyer with checkerboard floors and a curved staircase. There is a gourmet kitchen with top of the line appliances, along with a plush master suite with floor-to-ceiling walls, and a spa-style bathroom–complete with chandelier.

Other amenities include a library, home gym, and soundproof movie theater. Outside there is plenty of entertaining space with an infinity-edged swimming pool, BBQ and pizza oven, koi pond, and championship tennis court.

Bieber and his wife also own another residence in Beverly Hills, which they purchased for $8.5 million in 2019. In 2014, Bieber sold his Calabasas mansion to Khloé Kardashian for $7.2 million.