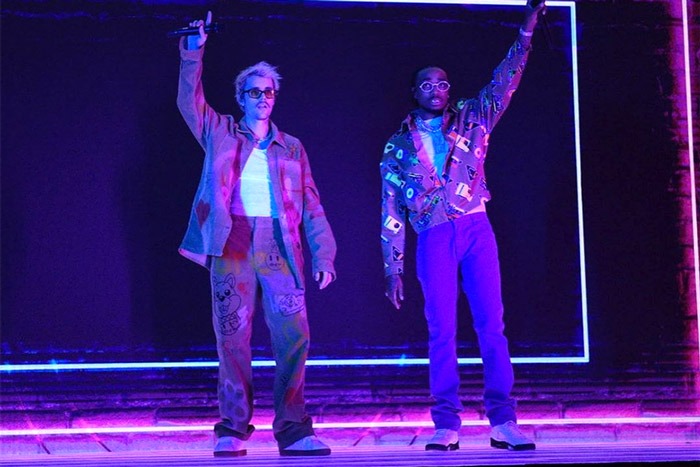 Justin Bieber returned to “SNL” for the first time since 2013.

Ahead of the Friday release of his fifth studio album Changes, the pop superstar performed a pair of singles off his new album, “Yummy” and “Intentions” with Quavo.

For the first performance of the evening, “Yummy,” Bieber performed in a large green box while wearing baggy green pants. Backed by a trio of string musicians, he delivered a stripped-down rendition of the song before kicking it into high gear with the original version. Joined by four dancers, he thrilled with his moves as his shadow projected on the green backdrop.

Following an intro from host RuPaul, Bieber returned for his new single “Intentions” featuring Quavo, for which he released a video on Friday. Wearing his own Drew House clothing, he appeared inside a lit-up box as the lyrics spelled out in neon letters behind him while he danced. He was eventually joined by his four dancers and Quavo, who spit his verse as Justin played hypeman.