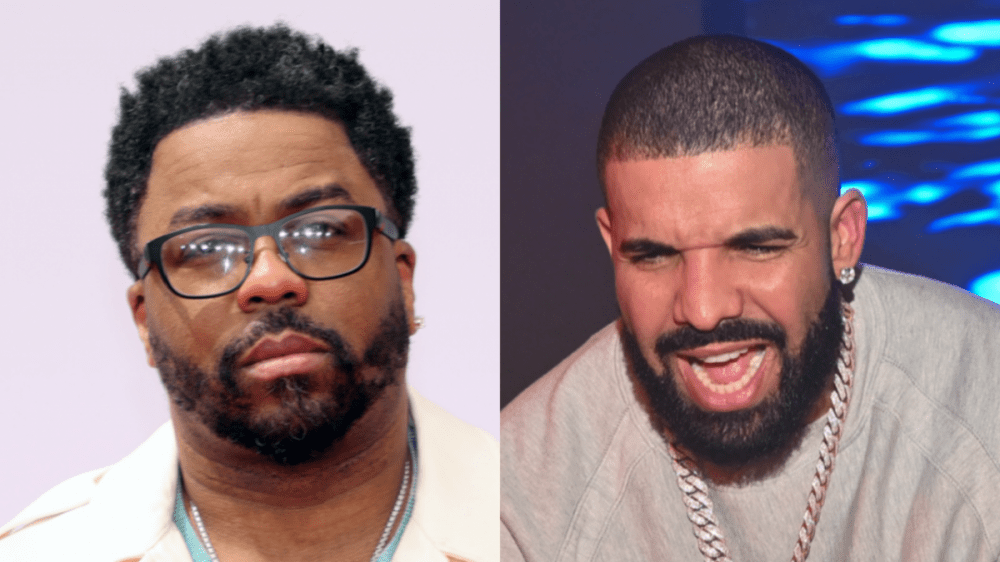 Just over a decade ago, Just Blaze collaborated with Drake on the fan-favorite “Lord Knows” featuring Rick Ross. Now, the legendary producer is teasing a sequel to the Take Care track.

Drake took to his Instagram Stories on Wednesday (March 2) to share some throwback photos of himself, Kanye West, Jim Jones and Just Blaze modeling for the streetwear brand Lifted Research Group, with the producer then sharing the picture to his own page while bringing up “Lord Knows Pt. 2.”

“Wow, @champagnepapi went back!” he wrote. “Sooo..Can we put out ‘Lord Knows Pt. 2’ now? Sponsored by the good folks at @lrgclothing.”

Drake spoke highly of “Lord Knows” during an interview with Steregum in November 2011, comparing it to JAY-Z’s Just Blaze-produced “Ignorant Shit,” which the Toronto rapper borrowed on his breakout mixtape So Far Gone.

“‘Lord Knows’” is one of my favorite songs,” he said at the time. “It’s on some real rap shit. I think I rapped like 52 bars on it. It’s great. Just Blaze did the beat. It was so amazing because it was a gospel sample and the gospel group didn’t want to clear the sample, so we had a choir come in and re-sing the sample. The new beat versus the old beat, the new beat is so much better.

“He did so much with the beat, because he could manipulate the sample — I mean not the sample, we did it all over — he can manipulate the music. With that being said, it ended up being one of my favorite records. It’s on some real rap shit. It’s reminiscent of ‘Ignorant Shit.’”

On “Lord Knows,” Drizzy raps, “I’m a descendant of either Marley or Hendrix/I haven’t figured it out ’cause my story is far from finished.” He later explained what he meant by the lyrics while speaking to The Guardian in 2012.

“I didn’t really say I was the rap Hendrix or Marley, I said I was the descendant,” he clarified. “Because I feel like that’s what I want to be for this generation: iconic. That’s the purpose I want to serve on this earth. I want my words to be remembered in 10, 15 years.”