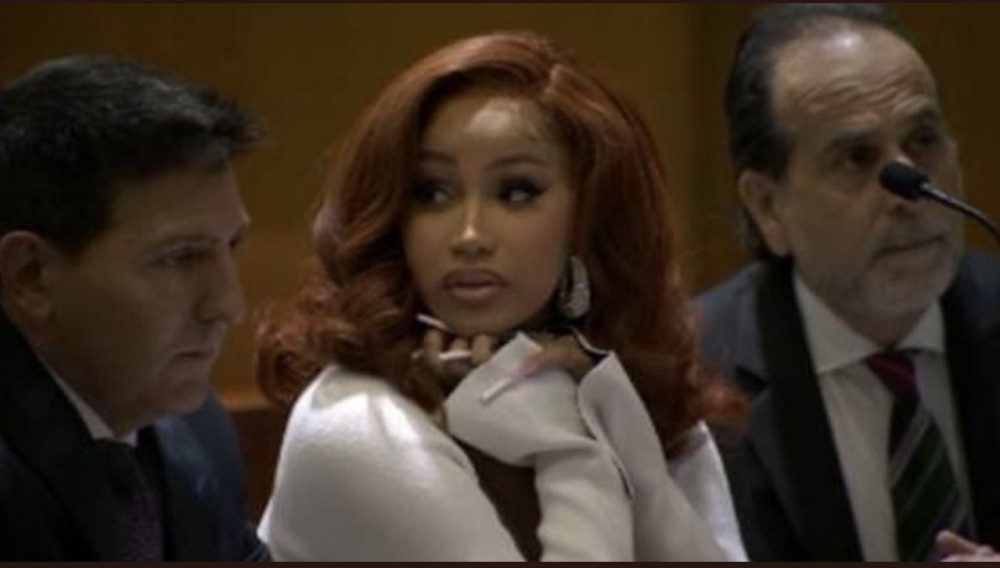 Cardi B has prevailed in a lawsuit over the cover of her 2016 mixtape Gangsta Bitch Music Vol. 1. The lawsuit was filed by Kevin Brophy, a California man whose distinctive back tattoos were featured on the cover of the album in a manner that he claimed misappropriated his likeness and caused him emotional distress, for which he sought $5 million in damages.

The album cover depicts Cardi B with her legs spread wide, staring into the camera and drinking a Corona while a man appears to perform oral sex on her.   The man in the image was a model who had been hired for the shoot.  However, the tattoo was added later by a graphic artist who had found an image of Mr. Brophy’s tattoo online, copied it and photoshopped it into the album cover art.

Cardi B was reportedly a fiery witness at the trial, calling out the plaintiff for having provided no evidence that he had suffered emotional distress as a result of her use of the tattoo, and repeatedly sparring with plaintiff’s attorney to the point where the judge called their interactions “unprofessional” and “unproductive” and temporarily stopped the trial.

Although the case was litigated for nearly five years, the jury took a mere ninety minutes to reach a verdict finding that Cardi B was not liable for any of Brophy’s claims.