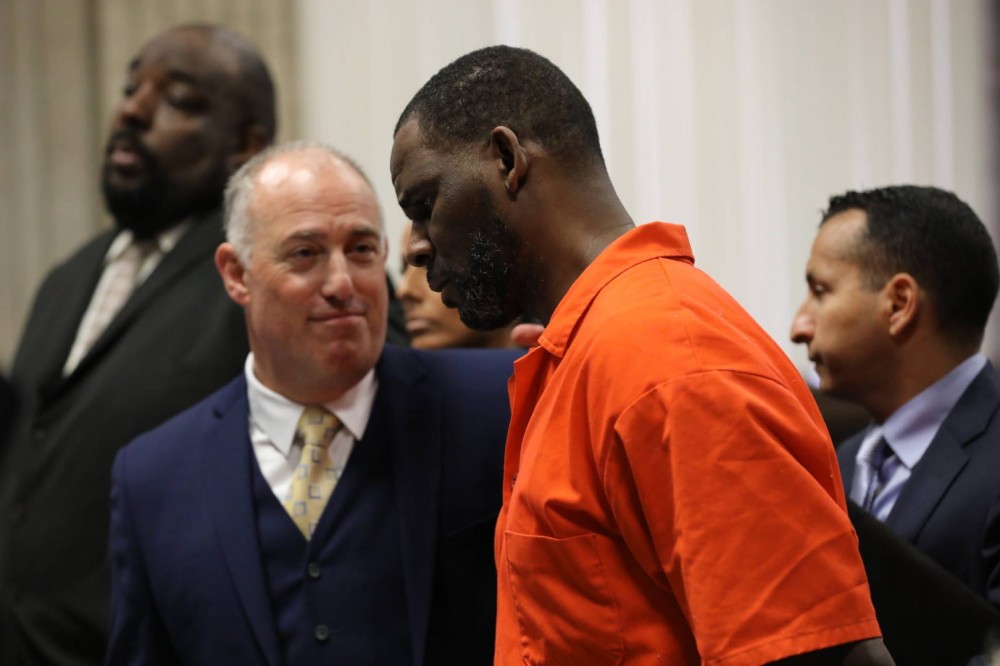 A bit of drama ensued at R. Kelly’s trial in Chicago as a juror suffered a panic attack during a court break. According to TMZ, the juror, a white female, had a panic attack after the prosecution’s closing argument.

The woman was dismissed after the judge was told she “couldn’t last another minute.” In her place a white male stepped in her place. He also reportedly has not seen Surviving R. Kelly.

In the prosecutor’s close, R. Kelly was labeled a sexual predator who used his celebrity status as a tool to abuse minors. The defense team was up to give their arguments after.

Earlier in the trial, the court received testimony from R. Kelly’s goddaughter. According to TMZ, Kells’ goddaughter stated the singer had sex with her hundreds of times before she turned 18. She added the first time they had sex was when she was just 15 years old. She is the same alleged victim from the 2008 trial, which included a sex tape.

The alleged victim stated she gave in to the sexual relationship with the singer because she was afraid to say no. Kelly’s goddaughter is now 37 and requested the singer to be her godfather when she was 13. After that, the relationship would turn sexual.

At age 14, R. Kelly allegedly first groped her breasts for the first time at a Chicago recording studio. She stated she had sex an uncountable amount of times with Kelly before she turned 18. The locations of their encounters included Kelly’s home, studio, tour bus, and rented hotel rooms.

Stating she was intimidated and didn’t know how to say no, the alleged victim revealed the sexual relationship lasted so long it began to feel normal.

During their relationship, the woman testified that she was asked to recruit additional teenage girls for sex, and Kelly recorded an encounter when she was just 14.