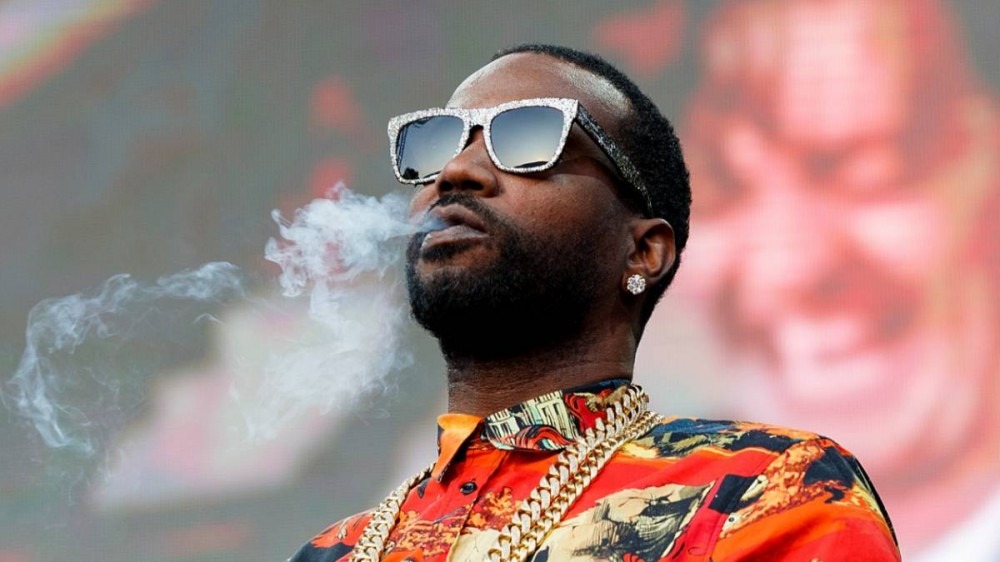 On Thursday (March 10), the Memphis rap legend asked his 2.8 million Twitter followers whether they’d take $500,000 or engage in a smoke cypher with himself and fellow rapper/cannabis connoisseur Wiz Khalifa.

“$500k or smoke out with me & @wizkhalifa?,” Juicy tweeted along with pictures of him and Wiz hanging out.

$500k or smoke out with me & @wizkhalifa ? pic.twitter.com/Kvh8gDGeSI

Juicy J’s question yielded hundreds of responses, with some fans making plans for what they’d with the hypothetical money, while others were eager to put their iron lungs to the test against Juicy and Wiz, who recently joined forces for the collaborative album Stoner’s Night.

The original “$500K or dinner with JAY-Z?” debate had people arguing all over social media about which was the better choice. Some felt picking the brain of the Roc Nation mogul would give them the blueprint to success, while others believed taking the money was the obvious choice.

Hov’s music streaming company, TIDAL, even chimed in and settled the debate with a simple tweet that read, “Take the $500K.”