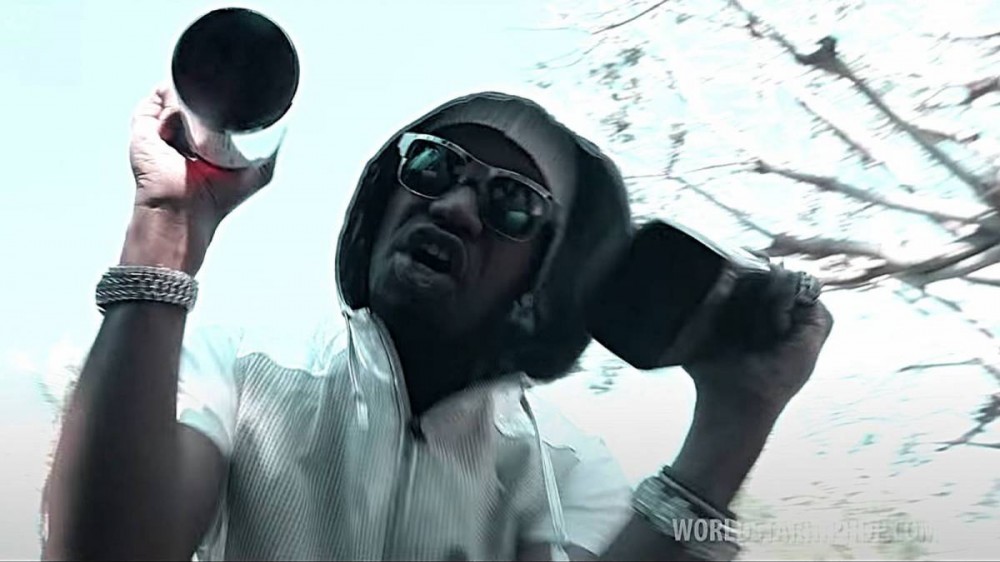 Juicy J cain’t say no to sizzzurp but apparently can refrain from taking any form of a COVID-19 vaccine. In the wee hours of Friday (March 26), the Three 6 Mafia OG posted a since-deleted Twitter post that read, “If I was you, I wouldn’t get vaccinated I would wear a mask & take vitamins.”

But it seems Juicy J didn’t think that tweet out all the way through and someone was quick to point out, “You told me to sip on sizzurp when I was in the 7th grade. Ima just sit this one out playa.”

Juicy J giving out this advice like you can’t do all three! pic.twitter.com/pn1z9iWkOm

The Memphis Hip Hop pioneer and his Three 6 Mafia brethren released the single “Sippin’ On Some Syrup” in 2000 as part of the album When The Smoke Clears: Sixty 6, Sixty 1.

The accompanying visual found Juicy J drinking lean from a baby bottle and spitting pro-drug lines such as, “People always asking me, “Is the Three 6 high on that?”/Rolling on them X pills, stuttering, pup-pup powder packs/Wh-wh-where the weed at? Ain’t like that we need that/NyQuil will slow me down, something that keep me easy/Nothing like that yella yella, that’ll have you itching, man.

“Ain’t no doubt, hit me when I beep for this refill/Once again, on my weekly high, gotta have that drank.”

As a result, Juicy J is currently getting roasted on Twitter for the perceived double standard, with countless people calling him out for promoting recreational “medicine” but having an aversion to a vaccine that could possibly help save lives and put the COVID-19 pandemic behind us.

The fact he’s doling out any advice is somewhat surprising. While on the Never Sober Tour in 2014, he told Thrasher Skateboarding Magazine, he denied feeling any social responsibility when it came to the drug references in his lyrics.

“Naw, because I feel like the parents should be responsible for what happens to their kids, you know what I’m sayin?” he said at the time. “I mean, I do me. I don’t advise kids to do what I do. I’m just doing me. I just smoke a little weed and do a little drink.

But in December 2019, shortly after Juice WRLD suffered a fatal overdose, he did issue a Twitter apology for “inspiring” anyone to do drugs.

Juicy J has probably taken every drug known to man but the vaccine is where he draws the line lmaooooo pic.twitter.com/i7v7zKfzVB

I am NOT saying that Juicy J isn’t a credible source to take health advice from. That is not for me to say. I just want to draw your attention to other medical advice we’ve gotten from our friend, Dr. Juicy J ❤️

Juicy J taking every drug known to man vs taking the vaccine pic.twitter.com/NGF0EnkQg7