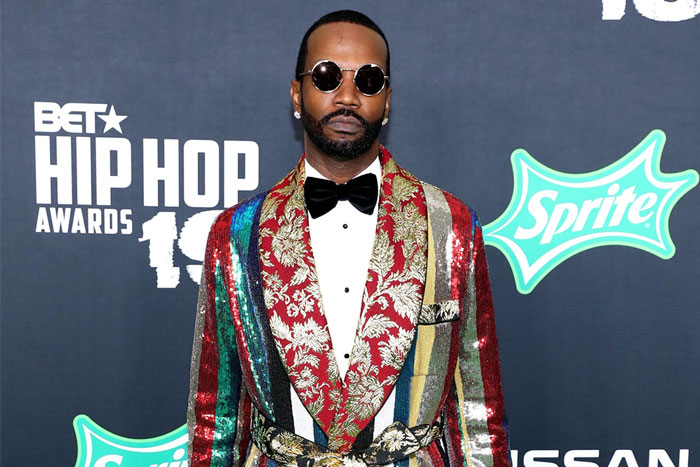 The Memphis rapper is putting his label Columbia Records on blast with a new diss track. On Friday evening, he threatened to leak his entire album before dropping the scathing song called “Fuk Columbia Records.”

“I gave @ColumbiaRecords 20 + years of my life & they treat me like back wash,” tweeted Juicy.

On the two-and-a-half-minute track, he calls out the label that is home to Beyoncé and Lil Nas X for treating him like a slave. “Fuck Columbia Records, tell them bitches count their days,” he raps. “Since I got all these chains, they must think a ni**a a slave / They don’t want a ni**a to own no masters / They want a ni**a to call them massa.”

He goes on to blast the higher powers at the label. “Soon as my shit start bubbling up, they want all the credit / Record labels can eat a dick, they wanna sit back and get rich / You in a lake house in New Hampshire / What the fuck you know about a hit?”

The cover art features Prince’s face with the word “Slave” written on it, referencing the late icon’s own battle to buy back his masters from Warner Bros. The track ends with Prince’s speech at the Soul Train Awards in 2000, where he spoke about being enslaved by a contract.

Juicy also offered some advice to new artists: “To all new artist do not sign to @ColumbiaRecords the fuckery is real.”