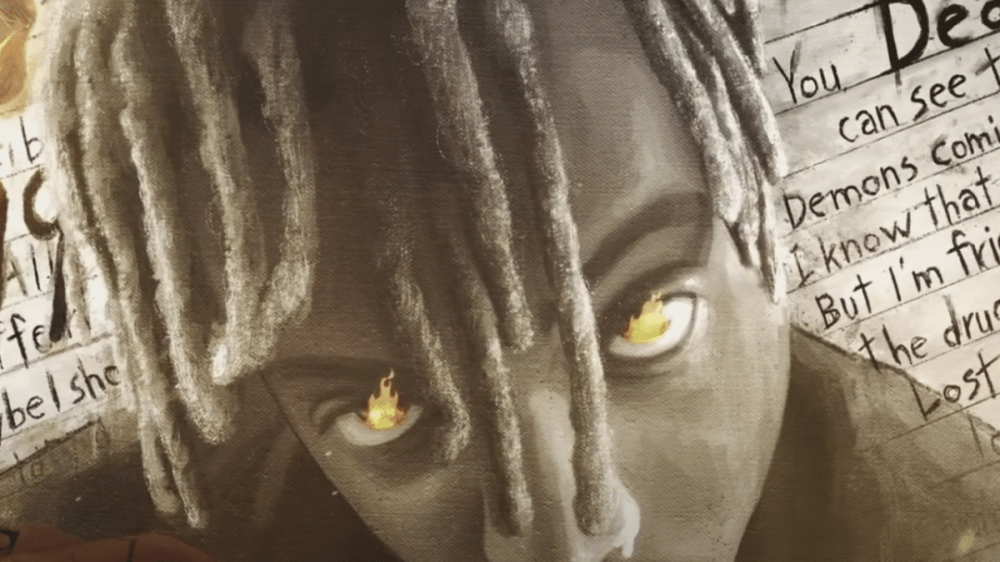 Juice WRLD’s manager Lil Bibby and videographer Steve Cannon sat down with Vevo for their Footnotes series where the duo provided context behind the artistic choices for Juice’s anime-inspired “Already Dead” video. The Cannon-directed clip arrived in January on the heels of 2021’s Fighting Demons posthumous Juice WRLD album.

First off, it was actually a fan who helped track down the vocals to “Already Dead” which Bibby revealed was originally part of a lost 2018 studio session.

“Juice recorded this song in 2018,” Bibby said. “The session was lost until a fan DM’d me with the recording date and studio, based off of a snippet of Juice’s Instagram Live when he teased the song.”

For Steve Cannon, he wanted to incorporate the late Chicago native’s love for anime shows such as Naruto and Demon Slayer into the visual.

“Demon Slayer and Naruto were big inspirations for this video,” Cannon added. “Dragonball Super is another constant source of inspiration. I added the classic anime flashback in the middle of the video when Juice is being overwhelmed in combat by his evil self.”

There’s also a central theme surrounding mental health used in the clip with the battle representing the mental health struggles Juice would juggle on the regular.

“Sequencing the fighting in a meaningful way was a challenge,” Steve Cannon said. “I instinctively wanted Juice to win, because he is our main character, but the goal was to present the fighting as an uphill battle in order to accurately represent the real challenges people face dealing with mental health-related issues.”

Juice WRLD tragically passed away in December 2019 due to an accidental drug overdose. His Fighting Demons album debuted at No. 2 on the Billboard 200.

Watch the Footnotes episode above and the official “Already Dead” visual below.