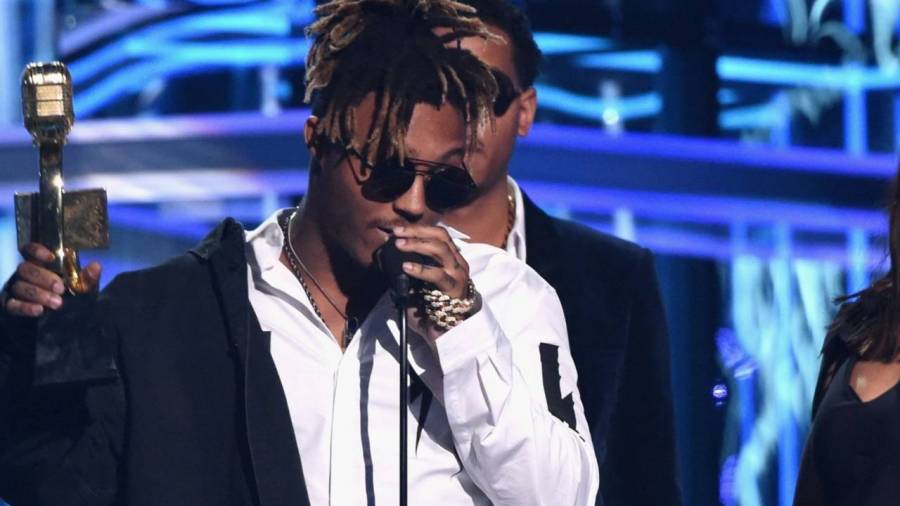 Following his tragic death in 2019, Juice WRLD went on to be Spotify’s most-streamed artist in the United States for 2020. As part of the streaming giant’s Wrapped series, they announced Juice beat out Drake, Post Malone, Lil Uzi Vert and Taylor Swift for the top U.S. honor. As for the entire globe, Juice still held firm at No. 4, while being topped by J Balvin, Drake and Bad Bunny at No. 1.

The late Chicago native’s posthumous Legends Never Die album was also the most-streamed album in the U.S. on Spotify. The rest of the list includes Lil Uzi Vert’s Eternal Atake (Deluxe), Post Malone’s Hollywood’s Bleeding, The Weeknd’s After Hours and Roddy Ricch’s 2019 Please Excuse Me For Being Antisocial.

Legends Never Die debuted at No. 1 on the Billboard 200 in July with roughly 497,000 total album equivalent units sold in the first week. In October, the project surpassed two-billion on-demand streams in the United States. Juice boasts over 36 million monthly listeners in total on Spotify.

Megan Thee Stallion was the only rapper to crack the top five on the women’s side. She was joined by music titans Taylor Swift, Billie Eilish, Ariana Grande and Halsey for most-streamed U.S. female.

As for the song section, Roddy Ricch’s ubiquitous “The Box” led the charge as the most-streamed track for the U.S. this year. The Compton rapper is followed by The Weeknd’s “Blinding Lights,” Lil Mosey’s “Blueberry Faygo,” DaBaby and his “ROCKSTAR” and Drake and Future’s “Life Is Good” rounding out the top five.

Juice WRLD died after suffering a fatal seizure at Chicago’s Midway Airport in December 2019. He reportedly ingested a toxic amount of oxycodone and codeine. Juice was just 21 years old.

Fellow Chitown native Lil Durk expected Juice to become the next “Kanye West type” of superstar out of the Chi.

“He was like an icon,” Durk told Montreality. “Not just saying it because [he died], but he had an advantage to be like the next — coming out of Chicago — like the next Kanye type shit. Because he was smart.”