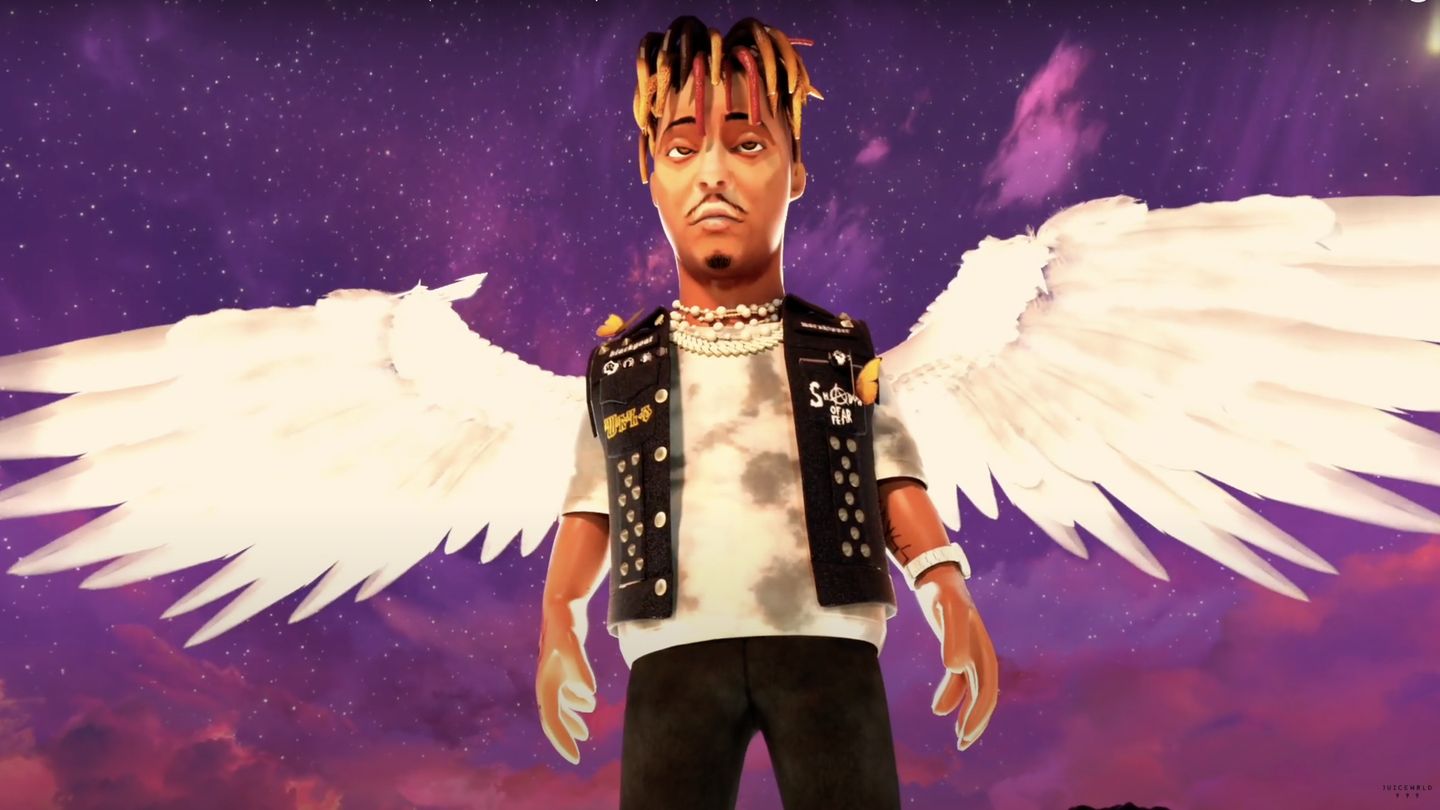 Last Friday came with a “Smile.” Juice WRLD’s latest posthumous release highlighted all the qualities that made him such an endearing presence, including a notable hook brimming with altruism: “I want you to prosper and come proper / Even if it means I ain’t by your side.” With a little help from The Weeknd, “Smile” shines a great brightness. Now, it’s got an animated new video, released on Tuesday (August 11), to keep the celebration going.

In the visually dynamic clip, as created and brought to life by KDC Visions, an animated Juice delivers the song’s message in front of a great purple sky, inside a snow globe, and poignantly with spread-wide angel wings.

While Juice’s presence is a bit reminiscent of the 1996 clip for “Tha Crossroads” from Bone Thugs-N-Harmony, The Weeknd — who’s set to perform at this year’s VMAs — appears in character as his After Hours persona in the immediate aftermath of a car wreck. He’s alright, well enough to deliver his verse anyway.

Juice, meanwhile, remains mostly in memories and Polaroids, and by the video ends with a touching moment that’ll mean a lot to the folks he left behind.

Check out the emotional video above. We’ll see if this one goes diamond, like Juice hoped.