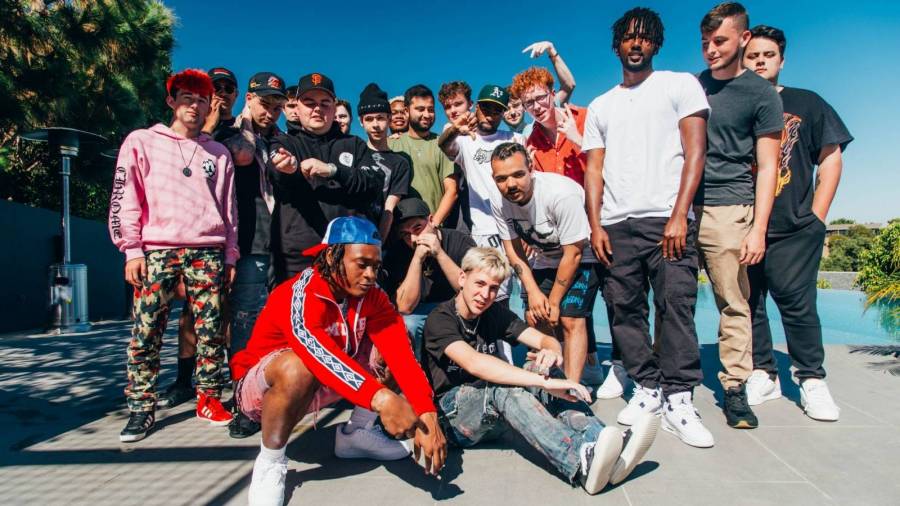 When producer Taz Taylor got the idea to get a group of young producers together to develop the new leaders of rap’s constantly changing sound, he had big plans for the collective.

In August 2020, Internet Money unleashed their debut album, B4 The Storm, which peaked at No. 10 on the Billboard 200 chart. The collective assembled some of rap’s brightest stars such as Lil Tecca, NAV, Don Toliver, Gunna, Trippie Redd and more for a 17-track onslaught of records fit for the current generation of popular rap music.

The album spawned a Billboard Hot 100 Top 10 hit with the Don Toliver, Gunna and NAV-assisted “Lemonade,” but Internet Money has even more to celebrate with their debut album.

B4 The Storm has just been certified gold by the Recording Industry Association of America (RIAA). The certification is another accolade in Internet Money’s stacked résumé, which includes platinum plaques with Juice WRLD, XXXTENTACION, Lil Tecca and more.

During an interview with HipHopDX, Internet Money founder Taz Taylor spoke on the vision the collective wanted to accomplish with the album.

“Only thing we’re trying to achieve is putting cool records together, and I look at it more so like a playlist, not really like an album,” Taylor said at the time. “We’re just putting the artist’s that we really fuck with and showcasing new artists that we think are next as opposed to artists that really influence us.”

He continued, “Guys like Kevin Gates and Wiz Khalifa, these are people that growing up I was really a big fan, so I was like I got to have them on the album when the opportunity presents itself. Ultimately we’re just starting the playlist off, brother, just letting it run. We’re going to be making a lot of these, so get ready. Here come the bells.”

Stream B4 The Storm below.