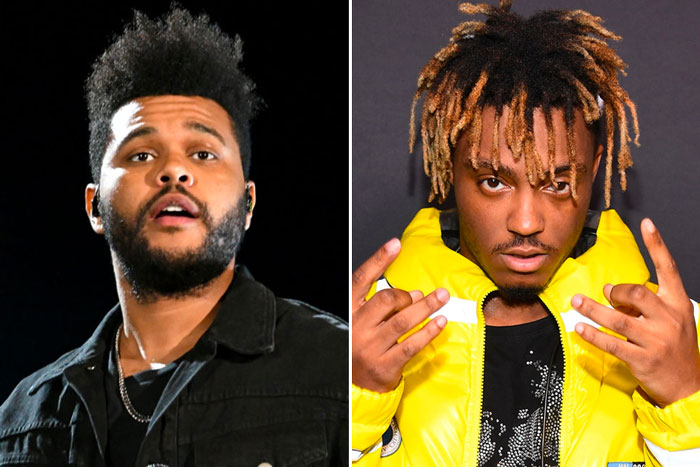 Juice WRLD unites with The Weeknd on their long-awaited collaboration “Smile.” The Canadian crooner brings his XO vibes to the melancholy track, which was previously called “Sad.”

“I just want to see you smile, don’t cry / Even though it means I gotta let you go / Dependent on ya, gotta learn to be alone,” he sings.

Fans have been waiting for a collaboration between the two. Prior to his death, Juice tweeted about working with Abel. “Me and The Weeknd would make a diamond record…” he wrote in September.

The Weeknd and Juice Wrld are dropping a single together Thursday night! Rip Juice… one of his last tweets were him saying that they would’ve made a diamond record together. pic.twitter.com/2KkaP3MlNQ

Both artists continue to dominate the charts. Juice WRLD’s posthumous album Legends Never Die debuted at No. 1 on the Billboard 200 and is currently No. 3, while The Weeknd’s “Blinding Lights” is No. 5 on the Hot 100.

On Friday, The Weeknd will host a live virtual concert on TikTok. As part of the app’s “first-ever in-app cross reality experience,” a digital avatar of the singer will perform a series of tracks from his chart-topping album After Hours.