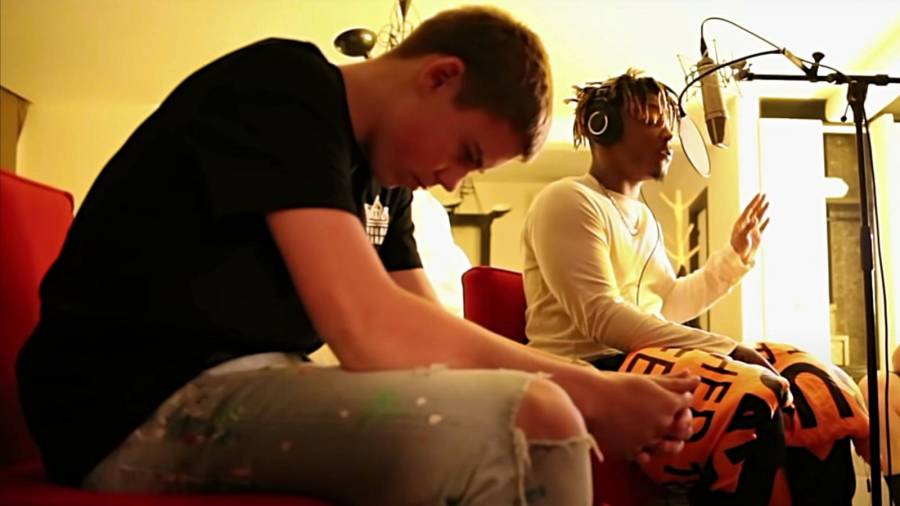 Ak wrote in the caption, “Brehs…. is it safe to say #thekidlaroi may be rookie of the year? He just passed Uzi on list of artists with the most monthly listeners on Spotify.”

The Kid LAROI initially gained widespread recognition due to his affiliation with the late Juice WRLD, who served as a mentor to him while he supported the Legends Never Die rapper as an opening act on tour in Australia. After gaining a significant following Down Under, he signed with Lil Bibby’s Grade A Records and was off to the races.

His single “Go” featuring Juice WRLD landed at No. 52 on the Billboard Hot 100, his first platinum single. He also teamed up with Lil Tecca for “Diva” and Lil Mosey for “Wrong” but also amassed success with solo singles such as “So Done” and “Without You.” His debut mixtape F*ck Love ultimately peaked at No. 3 on the US Billboard 200.

The Kid LAROI was also featured on the aforementioned Legends Never Die album on the song “Hate The Other Side,” which peaked at No. 10 on the Billboard Hot 100. As of 2020, Ariana Grande and Justin Bieber shared the top spots on Spotify’s list of the most monthly listeners with 77.98 million and 76.53 million, respectively.

Check out Juice WRLD’s  “Hate The Other Side” featuring The Kid LAROI, Marshmello and Polo G below.