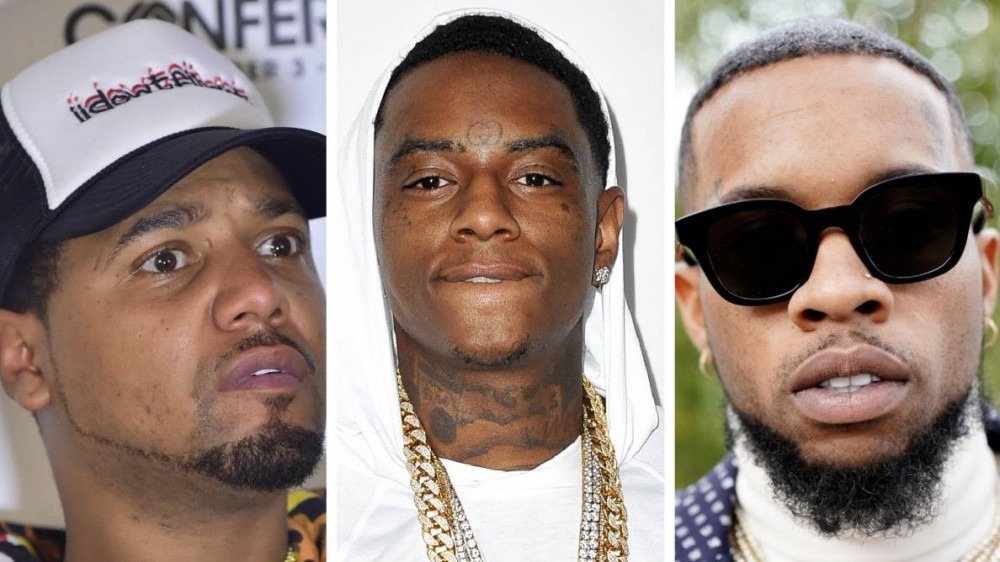 The connection Hip Hop has with Japanese fashion company A Bathing Ape is arguably one of the more special unions in the culture. On Wednesday (April 7), Soulja Boy took to Twitter and claimed he introduced Bape clothing to Hip Hop.

“I made these n-ggaz wanna wear BAPE,” Soulja Boy tweeted confidently. Big Draco let off another post with pictures of him wearing Bape in the past and present.

“I’m a real trendsetter no kizzy,” he tweeted with pictures.

I made these niggaz wanna wear BAPE 🐒

While die-hard fans of Soulja Boy supported his bold claim, there were others who thought it was just straight-up foolish. Akademiks reposted Soulja Boy’s tweet on Instagram asking fans if they thought Big Draco made a strong case.

Juelz Santana chimed in with a comment that read “Lololol” with a face slap emoji attached. Tory Lanez also jumped in Akademiks’ comments to give credit to Lil Wayne and his iconic music video for “Hustler Muzik.”

“The video for ‘hustler Muzik’ when Wayne was running from the cops is what made me wanna wear Bape,” Lanez wrote.

Whatever people may think, Pharrell Williams can be credited as the first person in Hip Hop to bring awareness to the brand. Before Weezy dropped “Hustler Muzik,” Pharrell would regularly wear Bape clothing and was photographed linking up with the creator of the fashion brand, Nigo, in the early 2000s.

Soulja Boy doesn’t waste an opportunity to make a controversial claim. In the middle of tweeting about introducing Bape to Hip Hop, he snuck in a few tweets about rappers copying his TikTok wave after his new single “She Make It Clap” went No. 1 on the popular social app.

“My song is doing better than rappers on a major level with marketing budgets let that sink in,” Big Draco tweeted about his song taking the top spot on TikTok. “And I see these rappers copying my tiktok wave they think they slick y’all wasn’t doing this last month lmao I go #1 and here they come.”