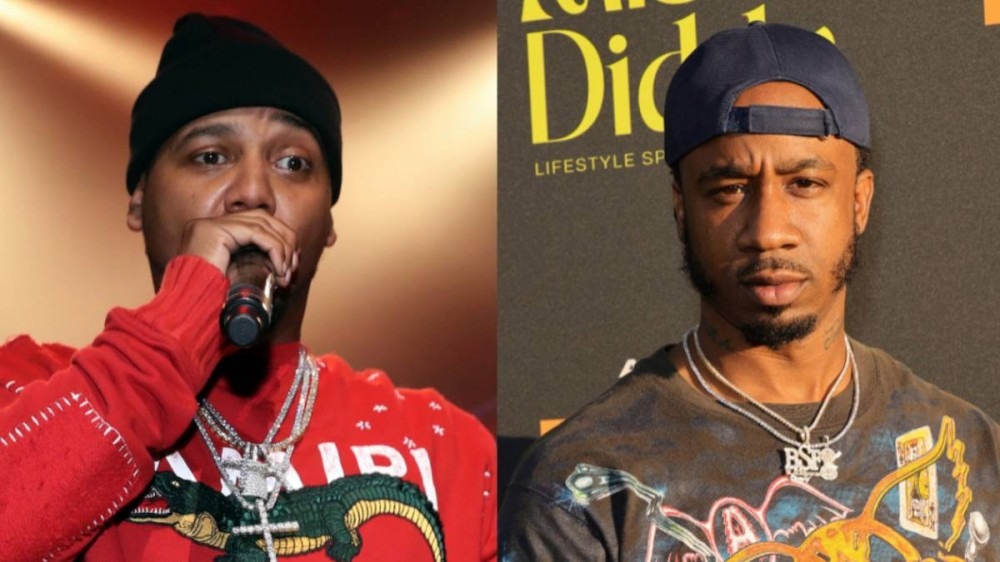 Juelz Santana looks set to make a return to releasing new music, and he’s getting the ball rolling by linking up with Griselda’s Benny The Butcher.

On Saturday (July 30), Juelz took to his Instagram with a post highlighting his most recent studio session with Benny. “Yea We Got 1…. @getbenny keep Applying Pressure My Guy…#ICFMF #WeInMotion #BackOutSide,” The Dipset rapper captioned a photo of him and Benny.

The meet-up comes days after Funk Flex challenged Juelz Santana to put out some new material. Flex explained it’s been almost two years since Juelz came home from prison and fans have been waiting to get some new music from him.

He continued: “You sitting on a lot of money. You came home. You created a multi-million dollar business, congratulations. We want the music. If anyone knows Juelz Santana, I challenge him to get me a song by next Thursday. Let me know if you going to accept the challenge, bro.”

Juelz accepted the challenge on Instagram with a humble “Let’s Gooo” comment under a repost of Flex’s rant. The Harlem native shared a post on his IG once again accepting the challenge with a video of him taking part in the viral #StudioChallenge craze with his family.

@funkflex I Accept… I’m In The Studio Now,” Juelz wrote.

While he’s getting some music in with Benny, the Dipset member also recently worked alongside Lil Durk, sharing a snippet of an upcoming song on Instagram back in May.

Meanwhile, Benny The Butcher recently called out the credibility of other rappers while highlighting the respect he receives in his hometown of Buffalo, New York.

The Griselda MC took to his Instagram Story with a message for fans believing all these rappers who claim to have respect in the streets. According to the Black Soprano Family boss, all people have to do is go to Buffalo to ask about him and his crew.

“I’m just saying go to Buffalo and ask about me and my n-ggas and then go to these rappers’ city and ask about them and their n-ggas,” Benny said in the video. “You might be disappointed in them n-ggas man.”