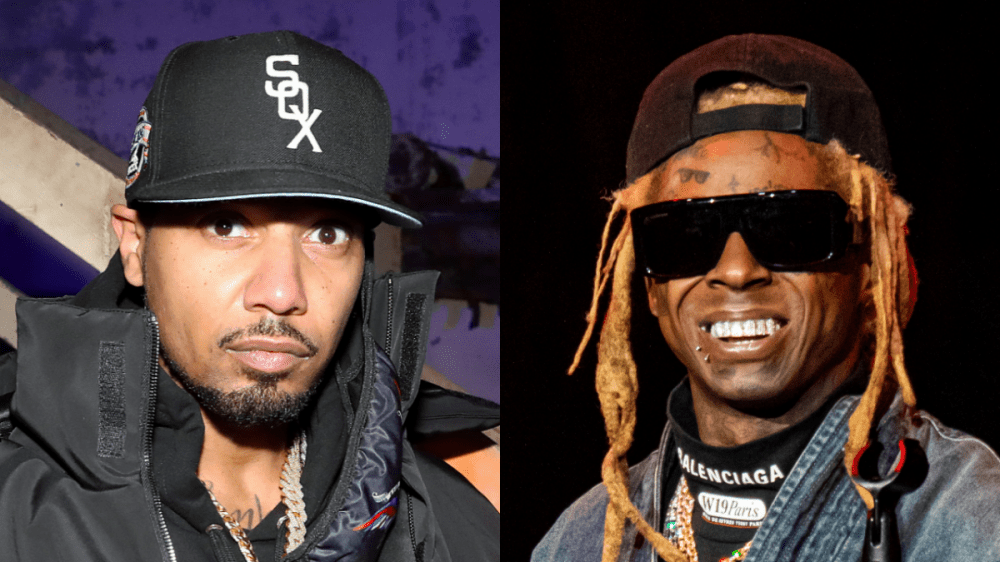 Juelz Santana is still holding out hope that his long-awaited I Can’t Feel My Face project with Lil Wayne will see the light of day. Fresh off the launch of his new record label of the same name, the Harlem rapper spoke with TMZ on Wednesday (July 13) and gave an update on the near-mythical mixtape.

“All I’ma say is Wayne is my brother,” he said. “We are never not working on music outside of each other, as well as together, so for us to do a I Can’t Feel My Face project is definitely not unlikely to happen.”

I Can’t Feel My Face has been in the works since the mid 2000s, back when Juelz Santana and Lil Wayne were two of the hottest rappers in the game, not to mention frequent collaborators.

However, the mixtape never materialized, with Juelz blaming label politics and Weezy citing their respective legal troubles. (Wayne spent eight months in jail for weapons charges in 2010 while Juelz’s studio was raided by police and subsequently closed the following year.)

As Lil Wayne told MTV’s Hip-Hop POV in 2013, he repurposed material that was intended for I Can’t Feel My Face for his I Am Not a Human Being II album, which came out that March.

Interest in I Can’t Feel My Face was renewed in 2018 when Juelz Santana’s brother/manager Twin revealed on The Breakfast Club, “We do have a whole 25 songs that we are about to go through and pick through we already spoke to Wayne. [Cortez Bryant] and everybody’s on board, so we are gonna put that out within the next six months.”

Then, in February 2021, Dipset member Un Kasa claimed Juelz and Wayne had recorded “a whole new album together.”

Elsewhere in his TMZ interview, Juelz Santana spoke about recently reuniting with Lil Wayne on his Dipset brethren Jim Jones’ “We Set the Trends (Remix)” and how the collaboration felt like “perfect timing” given his plans to launch his I Can’t Feel My Face label.

“Jim Jones, you know, my brother, he reached out to me and asked me if I wanted to jump on this remix for ‘We Set the Trends,’ which is doing real good out there,” he said. “The remix is with Lil Wayne, so it made all kinds of sense ’cause I was about to launch I Can’t Feel My Face, so I felt like, ‘Aww man, this is just perfect timing for everything.’”

As for his new company — which incorporates music, clothing and weed — he said, “Me and Wayne had that project and people know that it was just pure fire coming from that project, so I want people to know no matter what you get from I Can’t Feel My Face — whether it’s a T-shirt, whether it’s a piece of candy — it’s gonna be good, it’s gonna be fire.”